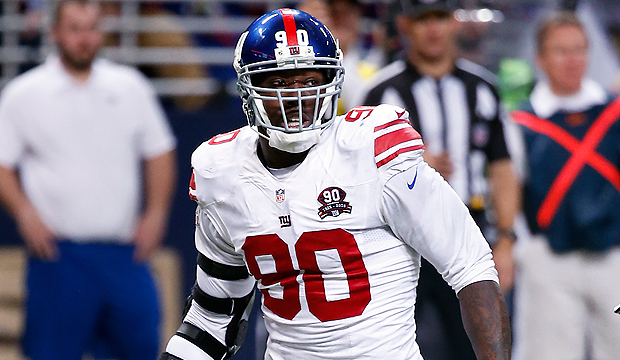 The return of Jason Pierre-Paul sparked a much-needed revival in the New York Giants defense. This newly, rejuvenated defense held Running back Doug Martin to 31 yards but did allow Charles Sims 78 yards rushing. Mike Evans seemingly dropped every pass that was thrown his way and that combined with a Doug Martin fumble, ultimately cost buccaneers the football game.

“Jason Pierre-Paul gave the New York Giants a taste of what they’ve been missing. The defensive end’s season debut went about as well as could have been expected Sunday, with the sixth-year pro helping the NFC East leaders rebound from a disappointing loss with a 32-18 victory over the Tampa Bay Buccaneers. Pierre-Paul didn’t have a sack in his first action since losing his right index finger and suffering additional damage to the hand in a July 4 fireworks accident. However, he did finish with two tackles and a pair of quarterback hits while handling a bigger workload than the Giants anticipated this soon.” – Reported by AP-NFL