There is a lot of talent coming up in the free agency this offseason, and Tampa is going to be on high alert. With plenty of money under the cap, we should be able to grab a lot of talented free agents.

Buccaneers newly appointed head coach Dirk Koetter will have the elbow on his neck, as will GM Jason Licht, to turn this team around. So, it will be off to the free agent races come March.

The 2015 season did show us some promise, and we did win six games, but those six games came during a soft schedule, no one should argue that fact. So, it will be off to the free agent races come March.

It’s not hard to tell that the majority of the moves made in the beginning of this postseason were circulated around the rookie Jameis Winston and his continued development. So, now that we have a leader under-the-helm and the offense surrounding him, it’s time to put the other pieces into place. You can only draft so much talent, so the free agency will once again, be the go-to spot, and again it will be for defense. 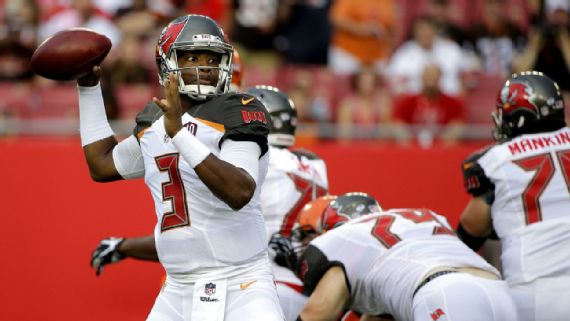 “The Tampa Bay Buccaneers have often turned to free agency to address their needs in recent years. Unfortunately for the organization, that choice has rarely contributed a positive element to the franchise. Last offseason, the Bucs bucked (that was not on purpose) their own trend by focusing on more mid-tier players. Few had significant impact outside cornerback Sterling Moore, and prized acquisition George Johnson failed to get a single sack. Dirk Koetter’s Buccaneers will be expected to win quickly. With such pressure on the administration, expect the team to be active in free agency once more.” – Report by Gabe Burns