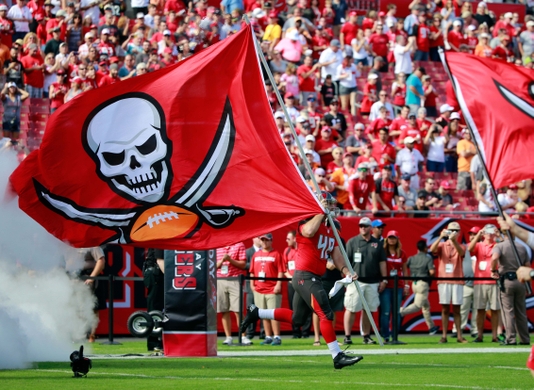 The Tampa Bay Buccaneers will have a ton of players, who contracts will end this season. The most notable are WR Vincent Jackson, who has been more than just an asset the past four seasons he has been a mentor and for some a hero. He will likely be one, depending on his play this season could not be returning to Tampa next year.

Daryl Smith will likely not return to Tampa next season, as he has been rumored to teetering on the verge retirement for some time, now. After 12 long seasons in the NFL, no one would be surprised if He does retire in 2017, but if he does not retire, there could be a possibility he could be picked up again by the Bucs for one more year.

Mike Glennon is one that Tampa held on to. Maybe it’s out of fear of possibly having to face him, or it is more likely that he has the most experience on our Team, and as a capable backup and leader, continues to be an asset to the Buccaneers. After several failed attempts to shop him as a trade, the Buccaneers may try to re-sign him as the price continues to be right. However, I believe the moment he becomes a free agent, teams that inquired about him during the failed trade attempts, will be blowing his phone up with comfortable offers.

Chris Conte, Bradley McDougald, and Major Wright are the majority of our safety core, and if this season McDougald and Conte prove to be as productive as they were last year, should see an attempt by Tampa to keep them. Unfortunately, Major Wright I believe will be a part of the Buccaneers cut soon.

Joe Hawley will likely return to Tampa, filling in for the injured Evan Smith last season, Hawley won the starting role outright. Considering there won’t likely be any serious competition for that starting job in training camp this season, and Hawley playing consistently good football, I see Tampa trying to re-sign him in 2017.

Akeem Spence will be up for grabs next season, but he will not be a hot commodity unless he has an outstanding 2016 season. However, with Tampa already a little short-handed in the defensive tackle department, I would believe that he would be a shoe-in for a re-signing in 2017, as well.

Johnthan Banks, after not performing well in Lovie’s defense, he was brought back to prove he still has what it takes. If he has a good season, then it will be likely that he’s given another shot in Tampa.

Here are some of the other names on the list that will become free agents in 2017.