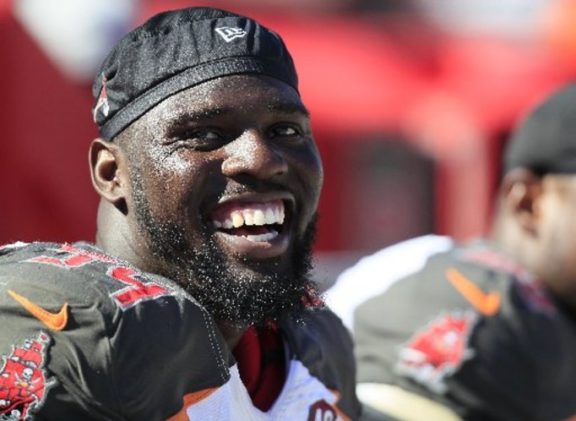 The Tampa Bay Buccaneers have released veteran DL George Johnson. The early cutting of Johnson marks the beginning of the many to come as the roster trimming must be completed by Saturday 4 pm.

George Johnson is a former Scarlet Knight out of Rutgers and was signed as an undrafted free agent by Tampa in 2011. He was released by Tampa in 2012 and made his way onto the Vikings roster.

After missing the entire 2013 season, he was released and signed by the Detroit Lions. He played in all 16 games with the Lions and recorded a career high 6 sacks.

Johnson was released at the end of the 2014 season and then again picked up by Tampa.

He has not seen a regular season game since 2015 due to an injury that kept him on IR.