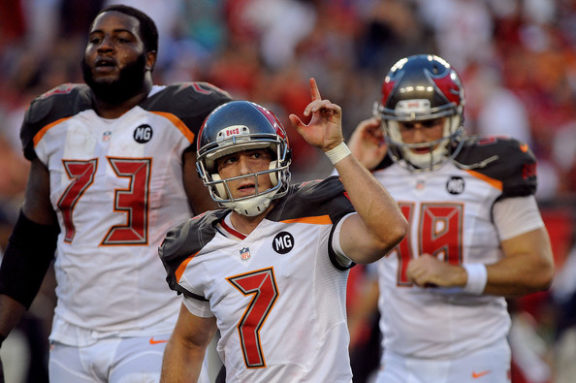 It comes as no surprise that the Buccaneers are looking to boost their kicking game and on Monday will bring in six guys to compete for the kicking job. Nick Folk was consistent enough to win the previous competition, but has not been consistent enough to keep the job and Thursday Night’s round of misses was the last straw.

The list of kickers coming in for tryouts, Monday, are Patrick Murray, Josh Lambo, Marshall Kohen, Mike Nugent, and Andrew Franks. Tampa is also bringing in former Chiefs kicker, Cairo Santos for a physical. Santos sustained a groin injury back in September and is expected to be unable to play for a few more weeks.

There are no guarantees any of these guys win the job, but I would expect that if any of them have a solid work out that there will be a new kicker in town.