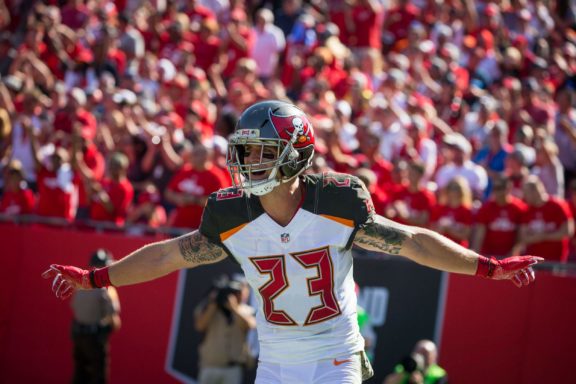 Had the Bucs not picked up their options for this year all three would have become free agents on March 14th.

Chris Conte, who most fans love to make a scapegoat for all that is wrong with the team, played well on secondary. Despite people’s gripes about him, he has steadily contributed to the Buccaneers every year he has been with the team. Last season he started 14 games, recorded  8 pass defends, 61 tackles, an interception, and three forced fumbles. Not bad for a guy everyone swears is the problem….

Josh Robinson is easily one of Tampa’s best special team players, especially when it comes to kick coverages.

Demar Dotson is heading into his 9th season in the NFL and despite many injuries over the years, has maintained his starting role whenever healthy. Last season he started in 11 games, but injured his knee and missed the final stretch of the season.