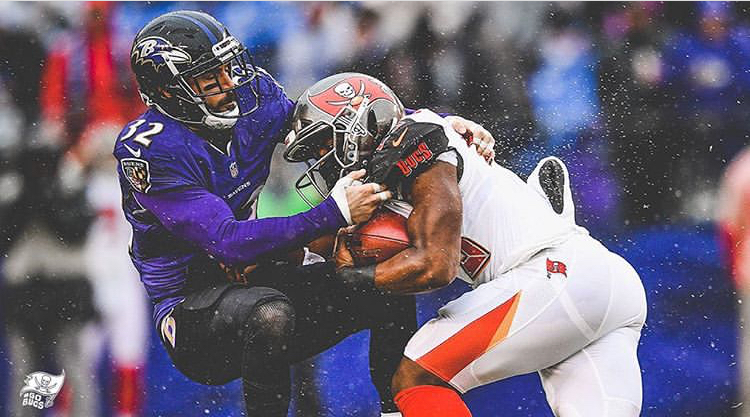 The Tampa Bay Buccaneers, who were looking to keep their playoff hopes alive, slammed that door firmly shut today after losing to the resurgent Ravens in Baltimore today; 20-12.

This game, which started out with promise, ended up sloppy in all facets of play. Too many drops and ineffectiveness in the red zone on offense. The inability to stop a dual-threat QB when it mattered most on defense. Then finally special teams, with their miscues which resulted in a failed extra point attempt and a unit that seemed to be losing the field position battle all day. (Honorable mention on special teams: Good job on the recovery on the muffed punt return)

Jameis Winston, who threw for 157-yards 0 TD / 1 INT, did make some good plays, but also made some poor decisions and the Winston led offense became absolutely ineffective once he led them into the red zone. There was a silver lining in the offense, though today after Peyton Barber ran for 85 yards and a touchdown.

Back to ineffectiveness. Which brings us to the Bucs defense, who did not seem to have an answer for rookie QB Lamar Jackson. Who had 95 rushing yards, and threw for 131 yards and a touchdown. The team ran for 242 yards and 1 TD.

This latest game continued to tell the story the Bucs have been telling all season. That story is despite talent and countless opportunities they simply are just consistently inconsistent. As a result, the Bucs are now 5-9 and are staring at another losing season.

A head coaching change, anyone?