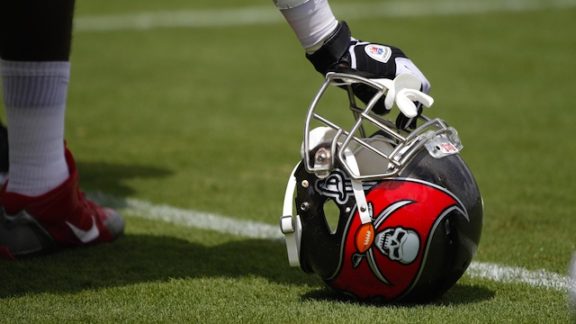 The quote from the headstone of the late, great Mel Blanc is fitting. With the Bucs’ simultaneous loss to the Ravens and victory for the Minnesota Vikings, the Bucs’ season is officially dead.

It’s a situation that pretty much every Buccaneer fan is used to. The Bucs haven’t graced the postseason since they were one and done against the New York Giants back in 2007, and that barren stretch is set to continue. In the end, it was too much of a hill to climb. A two-game winning streak and results in favor of Tampa gave fans something they hadn’t had in a long time—hope!

For the playoffs to become a reality, it meant that the Buccaneers had to run the table and win 6 in a row. A loss for NFC rivals here and there would certainly have been helpful. Such was the task ahead of the team after going 1-8 between week 3 to week 12. That didn’t stop some fans, including some of us here at Bucs Report, from daring to dream. Frustrating many fans is the fact that this team does have talent. A top 5 offense is undermined by leading the league in turnovers. A talent-filled defensive line is undermined by a porous secondary that isn’t taking the ball away.

When 2019 rolls around this team has the potential and core to be a playoff team. Sadly, that’s a dream that now must wait until next year.