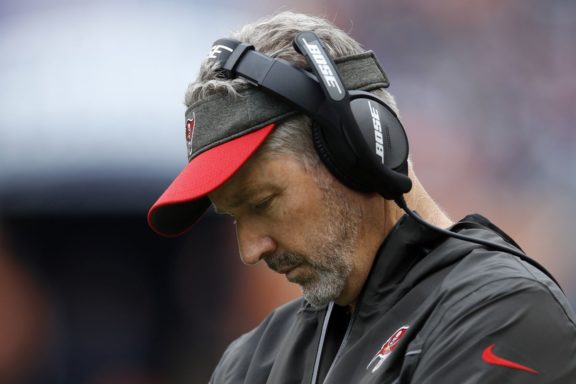 It is obvious that Buccaneers head coach Dirk Koetter has been on the hot seat for quite a while now, and after last night’s seven-point loss to the Cowboys, his termination seems inevitable. However, not everyone thinks so.

“Everyone assumes that Dirk Koetter is on his way out. My understanding is, do not necessarily make that assumption they have not ruled out keeping Koetter, and, basically, their entire upper structure, including Jameis Winston, for the 2019 season. I’m not saying Koetter is staying, just don’t assume that he’s gone,” Ian Rapoport stated via Good Morning Football on NFL Network.

One side of the coin shows that continual losses, the consistent plague of injuries, a struggling offense, terrible clock management, and frequent turnovers have hurt them over the past few seasons, and based on history, it points to this being his last season as a head coach in Tampa.

However, the other side of the coin shows that under Koetter, Tampa’s offense has been at its best, ranking third in total offense, first in passing, and 10th in scoring.

But stats do not equal wins.

Tampa will be heading into their final game against Atlanta next week with their second double-digit losing record since Koetter took over as head coach, and knowing the Glazers, that is enough for him to lose his job.

Who would the Glazers get to replace him?

Many have entertained this question, and the answers have ranged from the sublime to the ridiculous. There have been a wide variety of coaches hired since Gruden was fired. The Bucs could hire from within, like Todd Monken or Mark Duffner, or they could go after former NFL head coaches who have previously found success, like Jim Caldwell, as unpopular as that sounds. There are no limits to the coaches who are out there and Tampa, if they decide to fire Koetter, will do their due diligence in finding someone to captain the ship. But it will not likely be anyone that Bucs fans have been clamoring for Tampa to hire, like Jim Harbaugh.

There have been recent talks that the Carolina Panthers could part ways with head coach Ron Rivera, and as unlikely as that seems to me, many analysts and reporters are of a belief that the Glazers will be there waiting with the checkbook. I would not mind that at all.