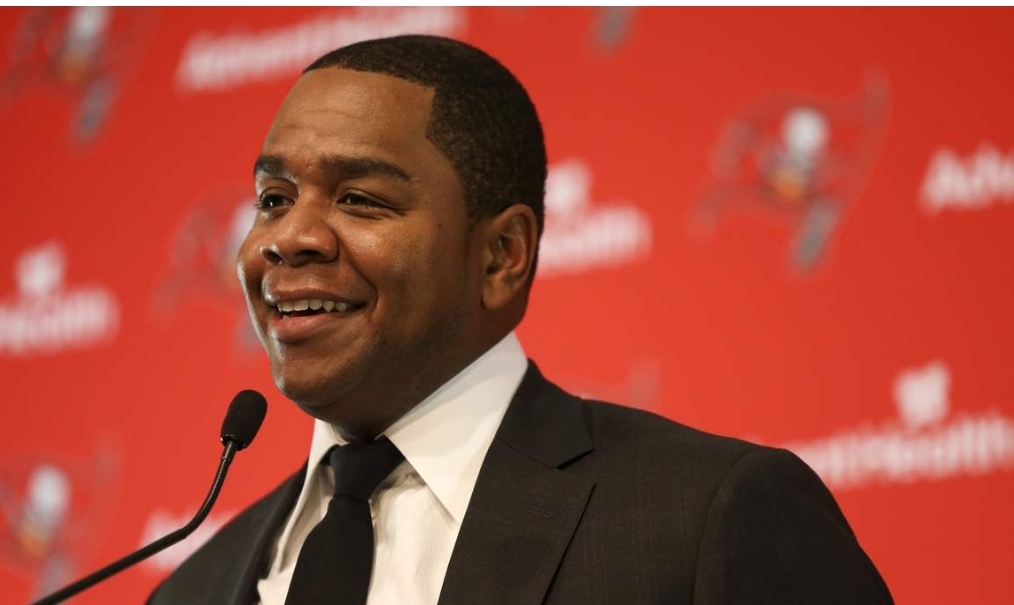 Newly acquired offensive coordinator Byron Leftwich is a well-known face in Tampa Bay. He was under contract with the Buccaneers in 2009 for one year and even started the season at quarterback.

His task is a different one now, however. He was acquired to help Bruce Arians develop Tampa’s franchise quarterback Jameis Winston.

Arians knows what he gets in Leftwich, as the two have worked together multiple times before. In Pittsburgh, Leftwich backed up star quarterback Ben Roethlisberger when Arians was the offensive coordinator. Later on, after taking the job as the head coach of the Arizona Cardinals, the quarterback whisperer offered Leftwich the job as the quarterbacks coach in January 2017. Later on, with Arians already retired, Leftwich replaced Mike McCoy as the offensive Coordinator in Arizona.

The 39-year old Leftwich is very excited about working with Jameis Winston and had a feeling that he would become a very special player in the NFL after watching him play for the first time,

“I always remember watching Jameis’ first game (at Florida State) in Pittsburgh when he was a college football player, and I won’t say who was around the table, but we were talking about Jameis back then. We were talking about how for a kid to be able to come in and do what he did and in his first game, I remember like it was yesterday. The people that were sitting at the table, we knew this kid had a chance to be really, really good… He’s been a playmaker from the second he got in this league. This kid’s played four years and he’s only 25 or something like that? It’s amazing, the situations that he’s already been in and experience he’s gained being in this league, so I’m excited about that… I think a team only goes as far as their quarterback can lead them … I am excited to learn things about Jameis that he doesn’t know I know. There are a lot of great things said about this kid and I am just excited to get an opportunity to work with him.” – via Rick Stroud, Tampa Bay Times (see article HERE)

Apparently, Dirk Koetter tried to get Leftwich to join the Bucs’ coaching staff in 2016 already,

He ended up with Arians, obviously. Now Leftwich does get a chance to work for the Buccaneers and mentor a quarterback of his desire. Hopefully this new coaching staff will finally turn out to be a fruitful one again for the Buccaneers.