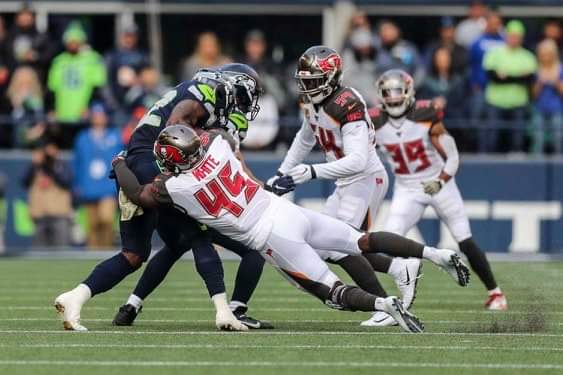 White was a force at the point of attack against the Seattle Seahawks. Posting 12 tackles, a half of a sack and 2 forced fumbles. That performance got White nominated for the Pepsi Rookie of the Week! You can vote by clicking the link in the tweet below.

VOTE for the @pepsi Rookie of the Week: https://t.co/9CcTnSCvff pic.twitter.com/QDnk38Uwfl