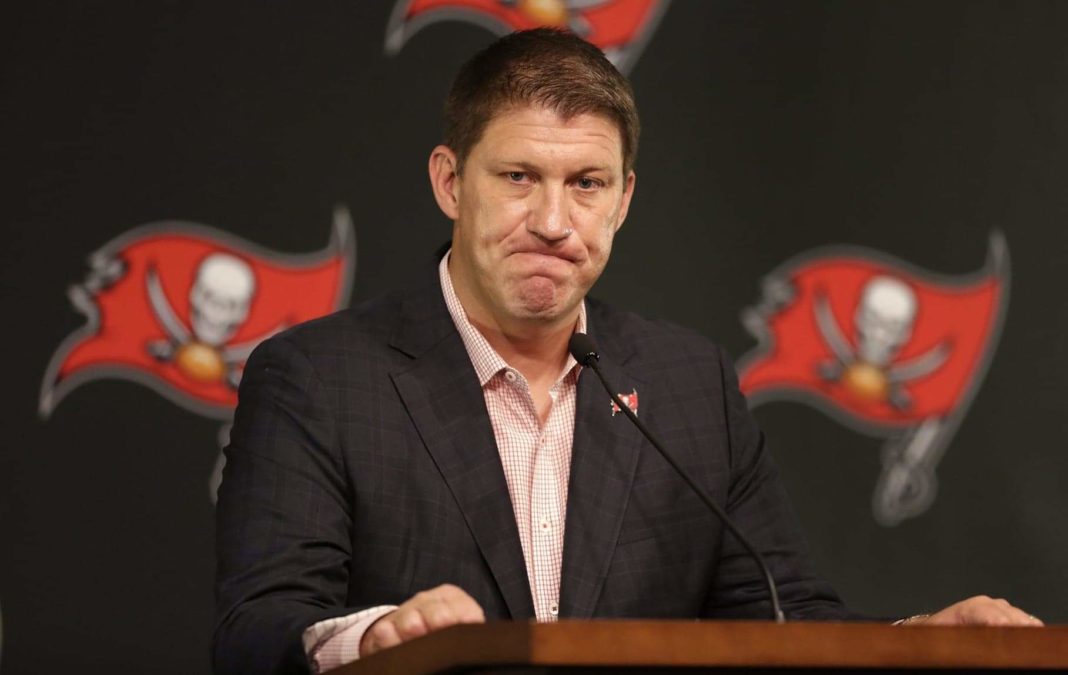 The 2019 season has been a blunder thus far for Tampa Bay, and Bucs fans are hoping there’s a light at the end of the tunnel.

For me, however, I hope the end of this depressing tunnel has no Licht in sight.

Jason Licht, the Bucs General Manager since 2014, has left Bucs fans in the dark wondering how this franchise got into this mess. Since becoming the GM in 2014, Licht has dulled the Bucs to a record of 27-53 and zero playoff appearances. When wondering who’s to blame for the Bucs being bogged down for the last 6 season, I think it’s time to move the spotlight from Jameis to Jason.

It has seemed that Licht has struggled in his tenure with Tampa to find talent that sticks. In the last 6 seasons, Licht has hired Lovie Smith, Dirk Koetter, and Bruce Arians as head coaches. When leadership is inconsistent, performance follows suit.

It’s hard to consider any picks from the 2019 draft as busts yet since we’ve only seen them for nine games. So, for now, let’s call them “growing pains,” with Jamel Dean being the constant one.

While the defense has been the issue for the Bucs in recent years, Licht has attempted to replace the faulty bulb that is the Buccaneers secondary. But, even with eight total defensive backs selected by the Bucs in the draft since 2016, the Bucs currently sit at 27th overall in passing defense.

Taking A Page From The Playbook

Since the NFL is a copycat league, why don’t we take a few plays out of the San Francisco 49ers playbook?

The Niners struck gold in 2017 by hiring former Buccaneer legend, John Lynch, as general manager. Lynch has built a defensive empire in San Francisco, which has catapulted the Niners atop the NFL in 2019 with a league-leading 8-0 record.

The NFL job circuit is consistently recycled with people who fail with one team, and yet are still hired by another team. The Niners knew that and were bold enough to hire someone who has never been a GM before but did play the game.

The Licht has faded in Tampa. The Bucs need to consider someone else for the job of GM. Someone who is also a Buccaneer legend, in the Ring of Honor, and was a teammate of John Lynch on the only Super Bowl team in Buccaneers history.

Barber played his entire career in Tampa and did so while the Bucs were at their peak. Barber has also had close ties with the organization since retiring. When he’s not at practice observing the team, he’s in the booth calling the games on Sunday (just like Lynch did). The All-Pro cornerback graduated from the University of Virginia with a degree in commerce. One could assume he would understand the right times to “buy” and “sell” players and coaches. Wouldn’t you think a former player like Barber would be able to spot true talent at the position he played? Lynch did!

Licht has done nothing but shine in all the wrong places. It’s time to bring in a Barber to give this team a buzz and make the appropriate cuts.