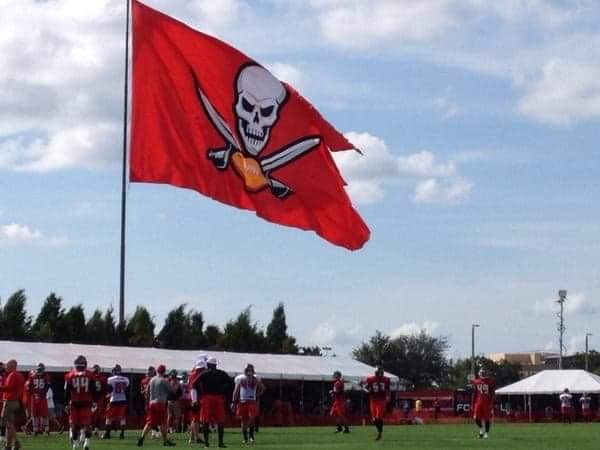 “Catch a falling star and put it in your pocket, never let it fade away…” Perry Como, recorded in 1957

When Ryan Fitzpatrick set the world on fire in the early weeks of 2018  a star had fallen. When Jason Pierre-Paul started dropping quarterbacks last year, again, that falling star was burning bright. But like falling stars, the light was not sustainable, and eventually the stars, and the 2018 season went dark. Very dark.

Not A Falling Star Anymore

These days, the Tampa Bay Buccaneers are starting to shine as bright as they have in a decade. The difference? No longer “falling”, this star has settled into an orbit all its own and seems to have the potential to shine for the future.

Did You See It Coming?

Somewhere between beating the Falcons in Atlanta, and the Jaguars in Jacksonville, the Buccaneers moved into a tie for 2nd place in the division. The team carries the term “not mathematically eliminated” for another week. But the 2019 Buccaneers aren’t built for a short, burst of fleeting light. This team is beginning to glow. Stronger and stronger each week. That’s sustainable. Building for a future that affords the team a chance to win divisions, playoff games, and dare I say, a Championship?

The reason teams and their fans celebrate success so strongly is because it is hard to achieve in the NFL, unless you’re the Patriots. But when teams start to put enough of the right pieces into the right places. The chance of winning becomes much better.

Before you know it. The national prognosticators start predicting team success. You start getting Monday Night football games, and more flexed scheduling than a body building competition.

Have these Buccaneers, led by GM Jason Licht and HC Bruce Arians turned that corner? We will have to wait week to week as the rest of the 2019 season plays out. But being out of the NFC South cellar is a good start.

For the first time in many, many years. Buccaneer fans are basking in the beautiful glow of a rising star, and not trying to catch a falling one.

The Top-5 Bucs Through Training Camp So Far

The Top-5 Bucs Through Training Camp So Far

Evan Winter - August 4, 2021
0
The Bucs wrapped up practice on Tuesday, making it their ninth practice of 2021 training camp. So far, there have been plenty of standouts...

Ray Kennedy - August 3, 2021
0
Today the nation celebrates the birth of the greatest quarterback of all time, Buccaneers QB, Tom Brady. What? August 3rd is not yet a...

Evan Winter - July 31, 2021
0
Per Bruce Arians, the Bucs stepped it up on Day Six of training camp after a shameful Day Five showing. It was the first...
Load more