Bucs Report
Home From The Stands Should the Buccaneers pay Perriman? 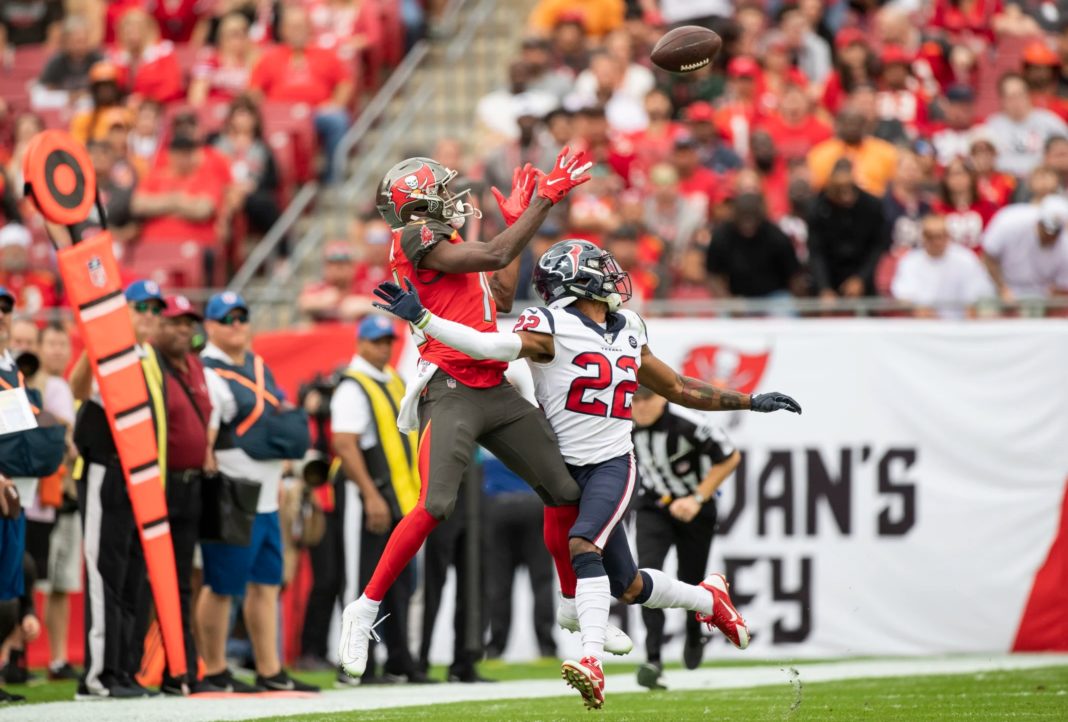 How about some love for 5th year WR Breshad Perriman? Brought in this year to give the Arians air attack a deep threat. The former UCF standout has made a complete transformation from speed with butter fingers to a trusted wide receiver and valued member of the ‘biscuit bombadiers’.

Not A Moment Too Soon

After running two sub 4.3 40 yard dashes at UCF’s pro day, Perriman would streak to the top of draft boards in 2015. Picked at #26 by the Baltimore Ravens, Perriman would spend his rookie year on IR with an injured knee. The Ravens would eventually release Perriman before his 4th season and he would bounce from Washington then to Cleveland where he ended up in October of 2018.

Originally agreeing to a new 2019 contract in Cleveland, Perriman would decide not to return to the Browns after they acquired Odell Beckham Jr. in a trade. That would allow the Buccaneers to bring the speedy receiver to Tampa Bay on a one year/4 million dollar contract to replace the traded DeSean Jackson, and the departing Adam Humphries.

If At First You Don’t Succeed

It was obvious from the start of camp back in July that Breshad was the deep threat on any given play. Also obvious was the receivers habit of dropping footballs. Over the first month of the season there were only 12 targets with 2 completions for a total of 16 yards. The former Golden Knight had not yet taken flight.

After being inactive against the Saints and Panthers with a hamstring injury, and following the week 7 bye, Perriman was again targeted 4 times against Tennessee with no catches. But then it all started to turn around.

Going into the week 9 contest against the Seahawks, Perriman had not had the type of season one writes home about. 3 receptions on 16 targets for 16 total yards and 0 touchdowns.

Then There Was Magic

In the last 8 weeks the veteran WR has turned it around.  With a depleted Buccaneers WR corps, Perriman was leaned upon. Especially last week in Detroit where he had 5 receptions for 113 yards and 3 touchdowns. The fact that it came in Detroit where his father Brett Perriman played with fellow Lions WR Herman Moore, and RB Barry Sanders back in the day was a good story. Then this past Saturday against the Texans he had 7 receptions for 102 yards. Just missing a slightly overthrown deep pass for a TD.

Once known more for his drops than his catches. The talented receiver will be a free agent after this season. With Drew Rosenhaus for an agent and his newfound ability to catch most everything thrown his way, Breshad  Perriman should see a lot of love in the new year.