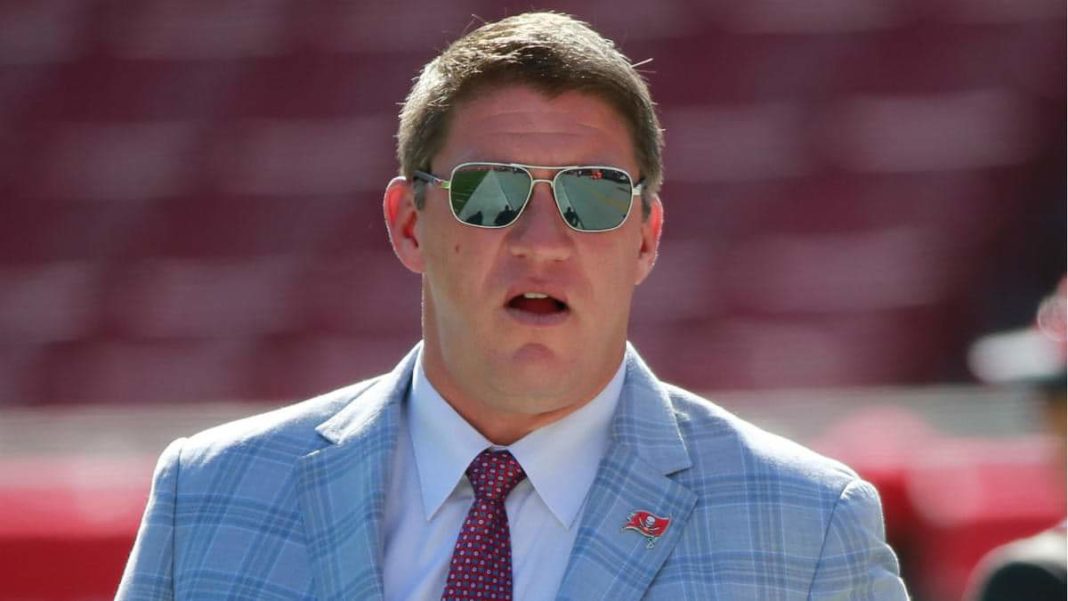 We started this off by talking about heading into the speculation season. While it isn’t the offseason quite yet, this tweet would in most cases count as speculation. In this case I tend to believe JC Cornell as he’s been pretty spot on and well ahead of the curve with his information about the Buccaneers.

The questions that pop into my head from this tweet are, who is the premium player the Buccaneers would be looking to move up to get? What/who would they give up to get this premium pick? Would they consider trading O.J. Howard or Cameron Brate in an effort to move up? Then the question has to be asked, who would they be trading up to get? An offensive tackle, pass rusher? Quarterback?

Those answers are still months away, but it’ll be fun to speculate about it in the meantime.

Evan Winter - May 7, 2021
0
When Bruce Arians arrived, one of the main problems that required immediate attention was the culture that surrounded the Bucs. It simply wasn't there....

Bucs Report Staff - May 6, 2021
0
The Tampa Bay Buccaneers continue to add pieces to an already stacked roster. Thursday they claimed OLB Ladarius Hamilton off of waivers from the...

Evan Winter - May 6, 2021
0
The Bucs decided to sign two free agents to their roster on Wednesday, and now, they’ve added another in cornerback Nate Brooks. The team...

Evan Winter - May 6, 2021
0
They always say it's easier to find success than to sustain, but don't tell that to the Bucs, who currently sit atop the NFL's...