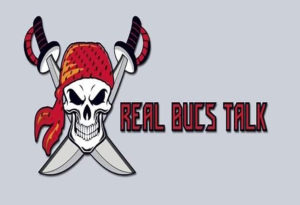 On this episode of Real Bucs Talk the guys breakdown the game film from the Buccaneers 46-23 win over division rival Carolina.

Tom Brady and the Buccaneers offense had a field day against the Carolina Panthers. It seemed like everything they called produced. The Buccaneers scored on all their possessions besides the first which ended due to Ronald  Jones fumble but other than that the offense dominated.

The Punter took the day off and just became another fan of the game as he wasn’t needed the entire game.

Brady ended up with 341 yards, 3 TDs passing and 1 rushing

The three headed monster that is Evans, Godwin and Brown had evenly spread production and look like they should continue to build off each other moving forward.

We break down the high scoring game in today film breakdown!

Todd Bowles and the Buccaneers defense came out with a different mentality against the Panthers. They got back to their identity and became the aggressor again.

Applying pressure rushes decisions which eventually will lead to mistakes. Thats what the defense is built on and excels at. Holding the Panthers Offense to only 187 yards of total offense (122 passing and 65 rushing).

Bucs Report Staff - October 21, 2021
0
The Tampa Bay Buccaneers are facing the Chicago Bears this Sunday at Raymond James Stadium. The Bucs look to revenge a 20-19 loss in...