In my opinion, they need to take the entire offseason and re-establish what is a catch. Time and time again I see plays where a ball is clearly caught and called a catch on the field and then someone from somewhere calls it incomplete.

“(Eifert is) hit just as his second foot hits the ground. To become a runner you got have the ball longer than two feet down, you got to have to have the ball long enough to do something with it, avoid contact, ward off an opponent,” Blandino said. “And if it’s all that one action and he’s going to the ground, even if he reaches, the requirement is to hold on to the ball when he lands and he didn’t and that’s what made it incomplete.” – Report by Dan Hanzus

More to this here:  Tyler Eifert: I don’t know if anyone knows catch rule 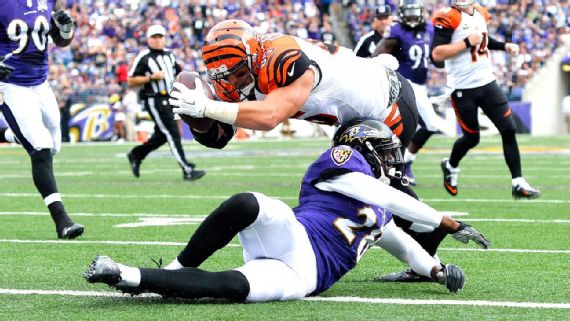 Bucs Report Staff - November 27, 2022
0
On this episode of It’s About BUC’N Time with AJ Turn-Up, AJ wants to talk about coaching and the Buccaneers loss to the Browns. [youtube...

Carter’s Corner: 4 Reasons The Bucs Didn’t Call A Timeout In The 4th Quarter

Carter Brantley - November 27, 2022
5
Looking for unsolicited sarcastic opinion pieces that are hypocritical in nature due to the writer's constant criticism of a league that he still covers...

Bucs Report Staff - November 27, 2022
0
Tampa Bay Buccaneers' offensive tackle Tristan Wirfs sustained a gruesome injury after his left keg was rolled up on. This is an ongoing story,...

Bucs Report Staff - November 27, 2022
0
Tampa Bay Buccaneers defensive back Antoine Winfield Jr has left the game with an apparent head injury. He is currently being evaluated for a...
Load more