Well, if it’s true that Dolphins’ Defensive Coordinator  Kevin Coyle is on the hot seat and could lose his job with a loss today, it is probably a good chance Coyle will not be in Maimi after today.

“Sources say Kevin Coyle has lost the confidence of his players. If one change is made, expect it to involve the embattled Coyle.”Players have grown frustrated with Coyle, the team’s coordinator since 2012, and not just because they have the 7th-worst defense even with Ndamukong Suh and his $114 million contract. Their faith in his schemes has dwindled.” -Reported by Ian Rapoport

More on this here:  Dolphins’ loss could lead to change at defensive coordinator 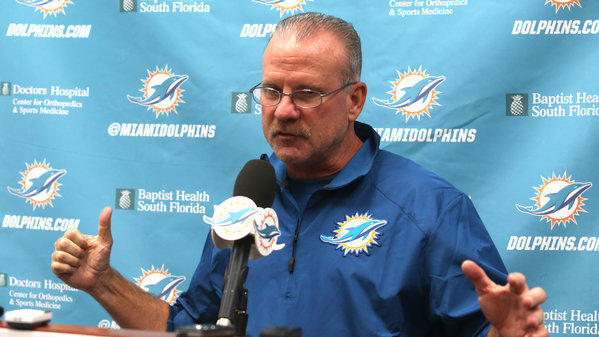 Bucs Report Staff - January 30, 2023
0
The 2023 NFL offseason is nearly here and that means it's time for mock drafts, draft profiles and everything that goes with them. So...

Bucs Report Staff - January 30, 2023
0
The Tampa Bay Buccaneers search for an offensive coordinator apparently is expanding. Per NFL Network's Ian Rapoport, the Bucs are expected to have "significant"...

Bucs Report Staff - January 30, 2023
0
The Buccaneers offseason is in full swing, so obviously that means it's Tom Brady speculation season. Another offseason, another decision for the GOAT. Will Brady...

Bucs Report Staff - January 30, 2023
0
The 2023 NFL offseason is nearly here and that means it's time for mock drafts, draft profiles and everything that goes with them. So...
Load more