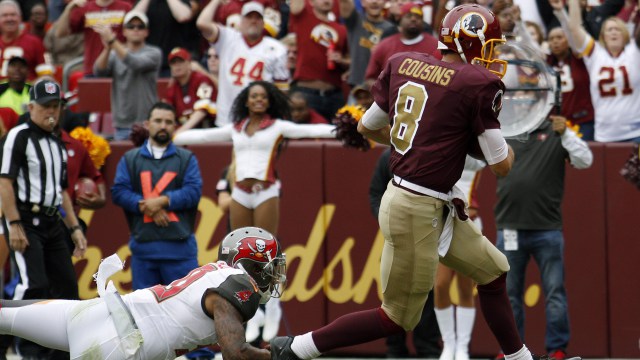 How is Tampa ranked in the top 5 on pass defense and supposedly one of the best in the country at stopping the big pass plays, when sub-par and mediocre QB’s shred us like a high school football team? Allowing 25 second half points through the air, it seems like Tampa’s defense just  gave up and stopped playing. Kirk Cousins looked like a seasoned vet against Tampa and basically scored at will.

“The Tampa Bay Buccaneers put up a terrible performance on defense against Washington yesterday, and that isn’t the first time under Lovie Smith. This season alone, the Bucs have allowed 15 passing touchdowns, ranked second in the league. Blake Bortles, Marcus Mariota and now Kirk Cousins made the Bucs defense look like Swiss cheese — surprisingly the only quarterback who didn’t was Drew Brees. Naturally, many people have blamed the scheme — and especially Lovie Smith’s unearned reputation for running vanilla zone coverage on most plays.” –  Reported by Sander Philipse

More on this: The Buccaneers can’t execute on defense, regardless of the scheme