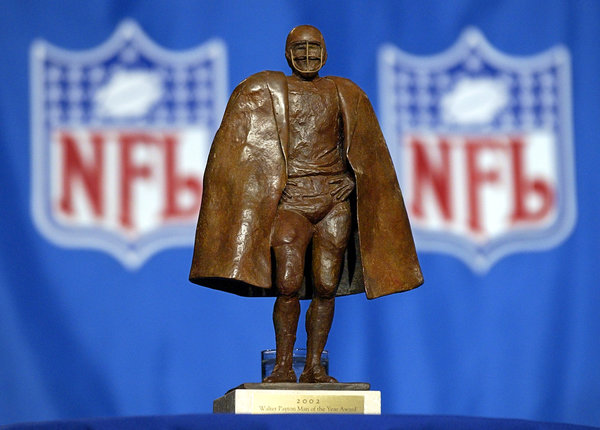 More on this: Walter Payton NFL Man of the Year nominees