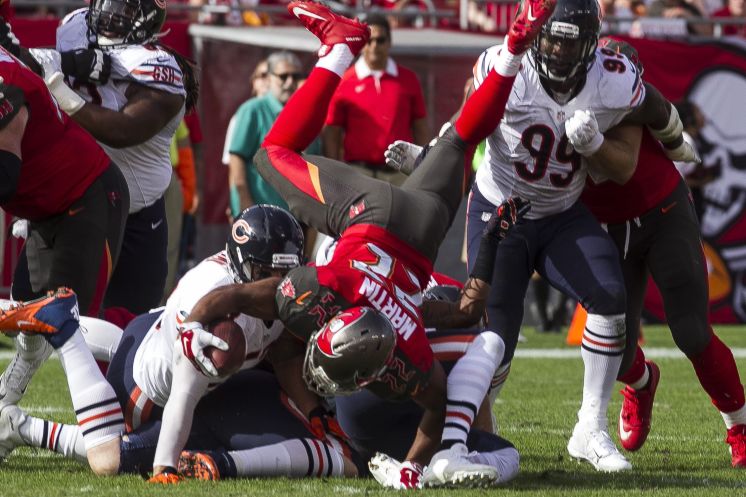 The mistakes continue for the Buccaneers who played flatter than Tom Brady’s football. In what should have been an easy win, the Buccaneers just could not get it together. Doug Martin had the chance to put himself ahead in the rushing title race, but only managed 49 yards, and a couple of fumbles. The offense just could not get it together, and the defense allowed another QB to look like a Hall of Famer. 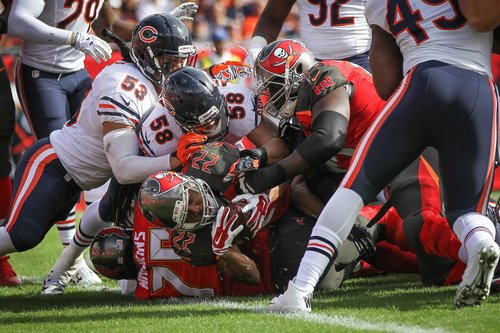 “It was a terrible end to a terrific week for Doug Martin. Tuesday he was named to his second Pro Bowl. Wednesday the Bucs’ offensive linemen, for whom he had purchased hoverboards, talked about how cool it would be for their do-it-all running back to win the NFL rushing title. Then came Sunday, two days after Christmas, and apparently still in the spirit, Martin decided to give everyone a football. Martin’s two fumbles were converted into 10 points the other way in the Bucs’ 26-21 loss to the Bears before 63,734 at Raymond James Stadium. The Bucs’ third straight loss was a swift kick in the aspirations for coach Lovie Smith’s team, which at 6-9 has to beat the Panthers in its season finale to avoid a double-digit losing season.” – Reported by Rick Stroud