Bucs Report
Home Around The NFL Giants look to France for new WR?

This guy looks like he will complement Beckham Jr. perfectly and could become an instant deep threat. 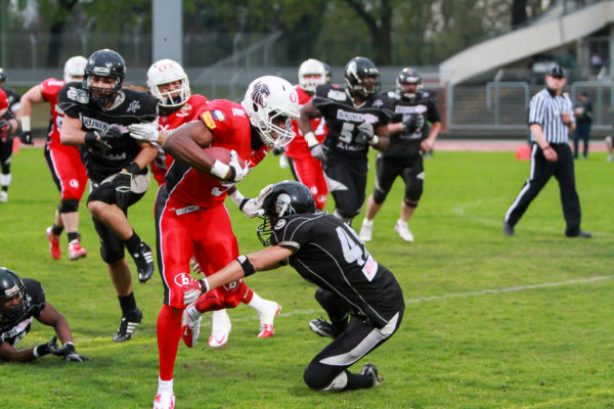 “The Giants have gone deep to pick up a free agent wide receiver. Way deep. The team has reached across the pond and signed star French wideout Anthony Dable‘, an individual with knowledge of the situation told NJ Advance Media. Dable‘ is listed as 6-foot-5 and 215 pounds. He is 27-years-old. He helped lead his Germany-based team, the Braunschweig New Yorker Lions, to their second straight German Bowl title this past season, as well as the Eurobowl title. A quick run-through with Google indicates the Lions are a European equivalent of the Patriots or Packers in terms of on-field success over the years. Dable‘ had 145 catches for nearly 2,500 yards and 32 touchdowns over the last two seasons for Braunschweig, according to the Lions’ website, which has a press release announcing Dable‘ joining the Giants. Dable‘ had a workout with the Giants on Wednesday in New Jersey.” – Reported by James Kratch