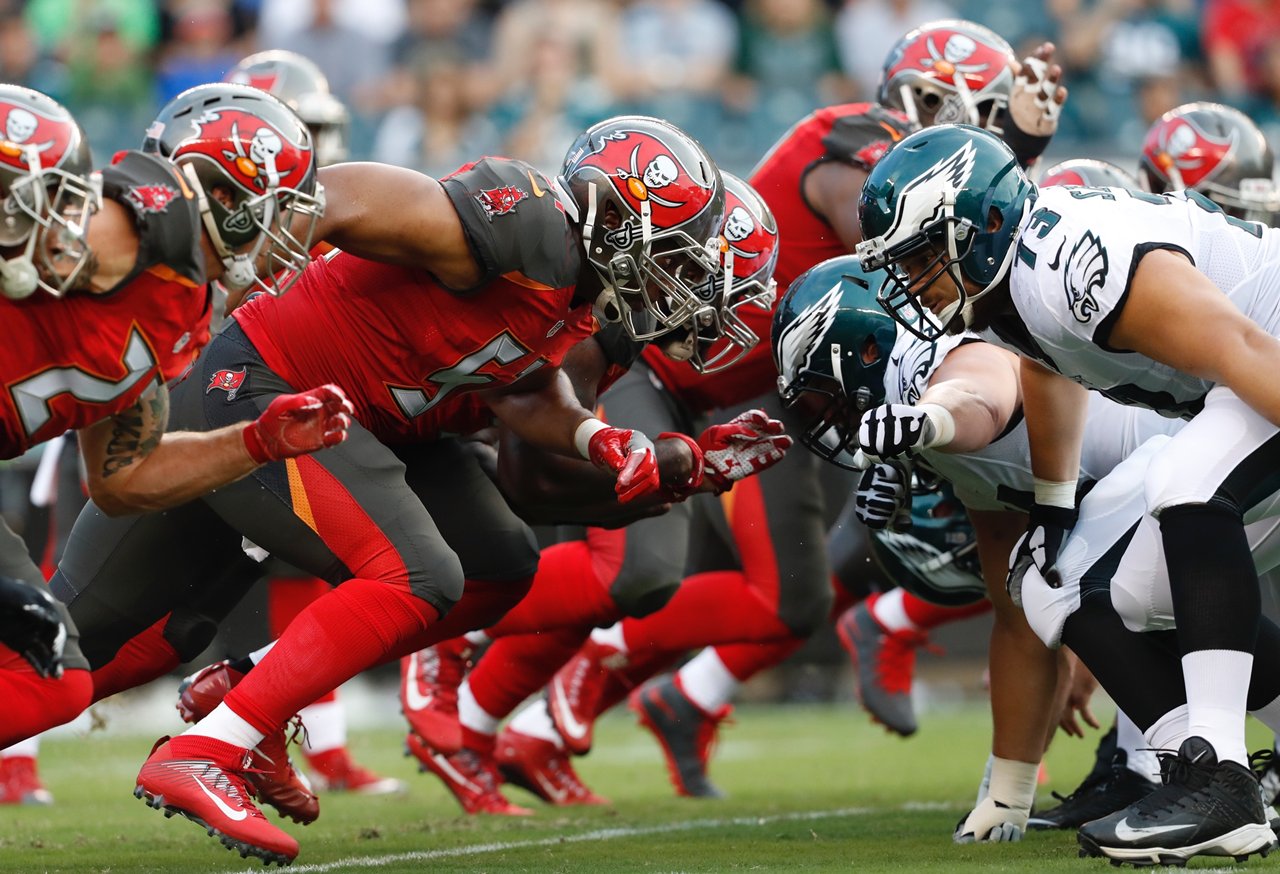 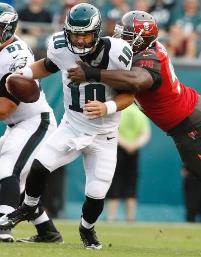 The Buccaneers teams as a whole had many issues that made fans instantly sound the alarm. Many saw last night’s game as merely a Buccaneers team that has not improved as much as been talked about over the past few months. That is a horrible assessment, as Tampa had noticeably improved on their pass rush, and it was more than apparent as four different lineman, Clinton McDonald, Jacquies Smith, Akeem Spence, and Howard Jones all recorded a sack in the first half of the game. That is a fairly impressive feat that should wake fans up to how much better the pass rush has indeed become.

All night long Tampa defensive front was putting pressure on the quarterback, and if it wasn’t for two miscues, the Eagles would not have gotten any more than three points.