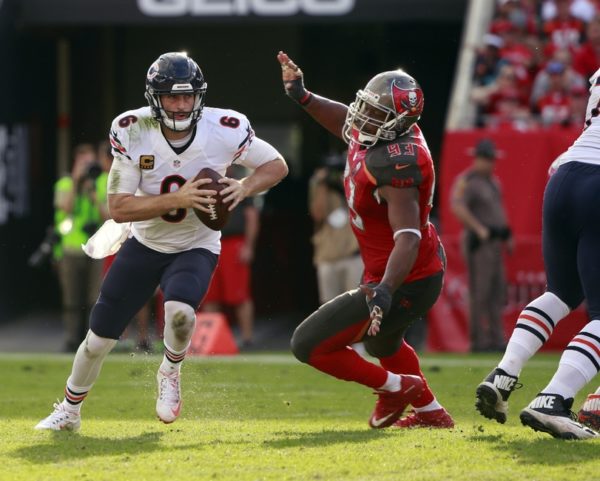 We all know the Bears are coming to town and are coming in high after getting their win on Monday Might against the Vikings. Jay Cutler is coming off of a solid outing Monday night against one of the better defenses in the league. He completed 12 of 31 passes for 251 yards and a touchdown but it will be no easy task for Duh Bears and Cutler to come into Ray Jay and walk out with a win.

The Buccaneers defense hasn’t been exactly top tier some would even say subpar doesn’t even come close to describing how they look. But the potential is there. Whether fans and “experts” want to admit the fact, that despite Tampa learning a new defense again for the third time in three years, Tampa’s defense doesn’t look as bad as it could. Tampa’s defense will be the key in this game, as it always is, and this time I believe they will come through. Many argue that our 5’10 cornerback average will not hack it in the NFL, especially in the NFC south. But that doesn’t seem to be the case after all.

It should be no problem for the pass rush to put pressure on Cutler and force a few mistakes on Sunday. Although it wouldn’t take much of a pass rush to force Cutler into making tight throws into coverage that result in an incomplete pass or a turnover. I believe they only have one good receiver and that’s Alshon Jeffery. But they do have a stud rookie running back, and he will have to be contained or it will be a long night for the Bucs defense. 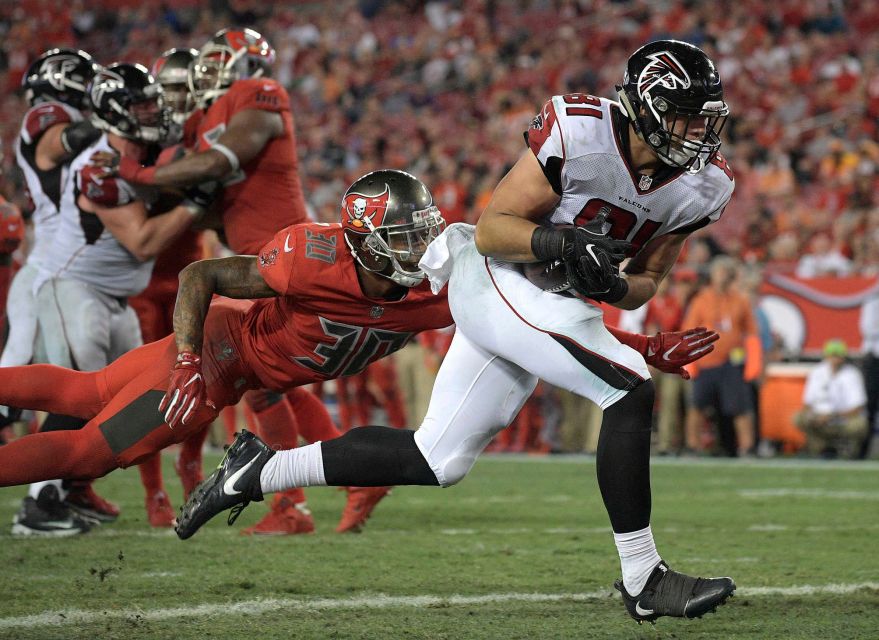 The Safeties have been burnt all year. Whether or not it’s a personnel issue or a design issue will always be the topic of much debate. One I personally don’t care for, as I believe it’s a combination of the two and missed tackles. However, the safeties have played well enough despite the hatemongering that indicates otherwise.

Vernon Hargreaves was roasted last game, but he’s a rookie I don’t expect him getting burnt down the field and caught out of position to be a continuing issue. Hargreaves and Grimes cannot take their eyes off any receiver during this game. Culter is not a superstar quarterback but the dude has his moments.

Mike Smith (Smitty as I call him) will have to be more aggressive in his play calling, there will not be very much of a margin for error. We need this win at home and we need bad. Believe it or not, we are still alive in the playoff hunt, but the odds are against us, we still have a tough schedule remaining. It would be nice to head into Arrow Head Stadium after a huge win at home. Back to back wins would be even better for us having to come back home again to face the Seahawks. Now, that is a lot of pressure to endure.