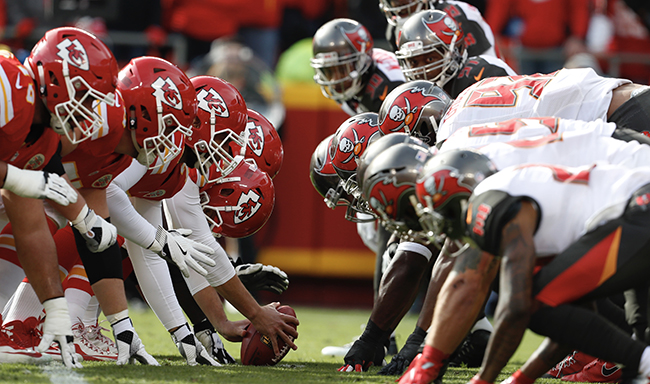 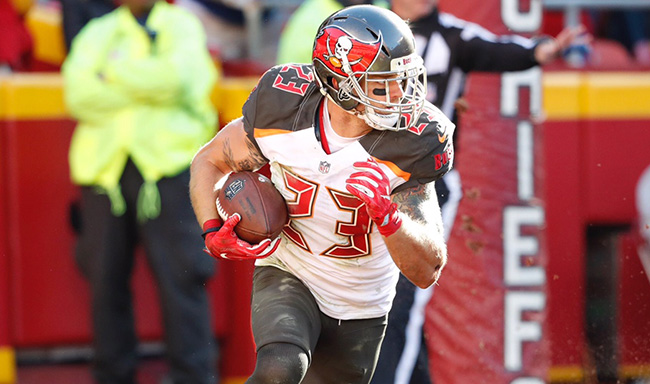 The Buccaneers come away with a huge victory today despite being considered the underdogs by everyone in the country aside from Bucs fans, and even some of them were skeptical at best. They showed that there are things that still need to be worked on but, they are also showing how much they’re improving in all aspects of the game.

The defense came together again today, holding the Chiefs to 17 points. That’s 6 points less than their average per game this year. I’ll give a lot of the credit for that to Chris Conte, who came up with a big interception for the 2nd week in a row. This one was in the end zone which always makes it that much more important for the obvious reason.

Grimes had 2 tackles and forced a fumble (recovered back by K.C.) in the first drive of the game before leaving with a quad injury from which he didn’t return. Hopefully, it’s not something that will keep him out for long. Verner did a pretty good job in this game but, I’d much rather have Grimes when facing the upcoming teams with better receivers.

Aside from the interception, Conte was also in a 3-way tie with Kwon Alexander and Bradley McDougald with 6 tackles each as well as an assist for Alexander. Vernon Hargreaves had 5 tackles and Lavonte David had 3 tackles, 1 assist, and got the fumble from the toss around during the Chiefs desperate attempt at creating a miracle at the end of the game.

Some big plays were still given up by the defense during this game. Things do seem to finally be coming together, though. Just need to keep working on it, we definitely have the talent needed to keep winning.