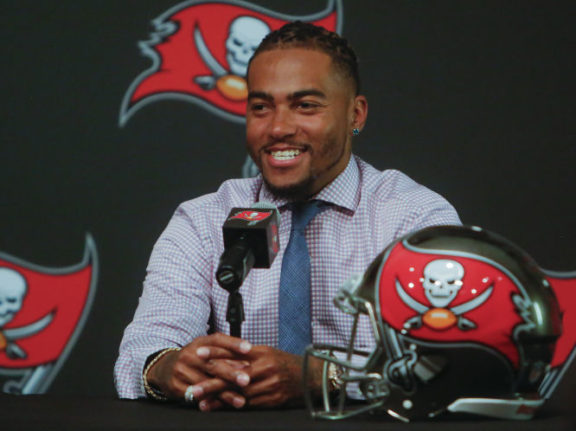 This offseason has been one of the busiest offseasons in Buccaneers history. Coach Dirk Koetter, Jason Licht, and Coach Mike Smith have been making lots of moves to make this team better and playoff bound. There are a few players that will make an immediate impact. There is one person that comes to mind that will step up right away and make the most impact for us is Desean Jackson.

One of the biggest needs lately has been the wide receiver position. We have had some good wide receivers, but they just seem to not be able to stay healthy. Jackson really hasn’t missed any real time in his career except for the 2014-2015 season. So having a reliable true number two at our wide receiver position is going to help our offense and our defense so much this year.

Jackson still can burn just about anyone in this league still at the age of 30. In Jackson’s whole career he has been the number one wide receiver. He has never played with a guy like Mike Evans who will take a lot of those double coverages away from him. There will also be times when defenses decide to double cover Jackson and that will benefit Mike Evans because he can beat any one on one.

Last year at Washington Jackson caught 56 passes for 1,005 yards and 4 touchdowns. If we can get that kind of production from our number two wide receiver, imagine what we can do as a team! This year is looking brighter and brighter. ITS A GREAT DAY TO BE BUCCANEER FAN!