Bucs Report
Home Tampa Bay Buccaneers From the Sublime to the Ridiculous! 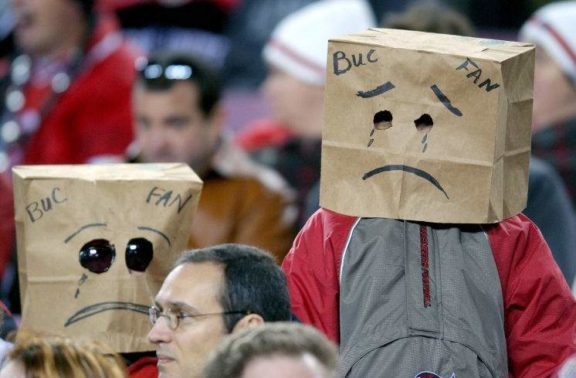 Few games have summed up the last decade for Buccaneers football, quite like the loss to the New Orleans Saints. Last Sunday, at Raymond James, we saw everything we love and hate about the Bucs. Moments of brilliance, star players justifying their billing, and unknown players or those discarded by other teams looking like steals. The coaches were inspiring the players, and calling the right plays on offense and defense. The other side of that was ugly penalties, incompetence on the offense and defense, arguing among the players on the sideline, and bewildering decisions made by the coaches. What a roller coaster ride in just one game!?

But that’s the problem! The various themes running through that one game, are indicative of the inconsistency that has plagued this franchise for the last decade. Coaches don’t last more than a few years, schemes change, and personnel change, are an annual event for the Bucs. Many fans want to see the Bucs being a yearly competitor, but don’t have the patience to see a rebuild through. the idea is being spurred on by the press, who want to generate clicks and revenue.

In all the years, I have followed the Bucs, I’ve seen 7 head coaches out of the 11, who have attempted change in Tampa. Four of those have been in the last 10 years, since the dismissal of Jon Gruden. It’s no wonder that they have combined for a 50-94 record; Potentially getting worse by season end. With new coaches, come new ideas and often new players.

I honestly ask, without any consistency in the front office and on the sidelines; How can a constantly changing team be a winner? What is a major characteristic of all the winning teams over this last decade? Consistency, the same coaches, and the same philosophy running throughout the team. Draft picks and free agents that reflect that policy. These things help develop a cohesive team chemistry, and that is reflected in a teams winning record and playoff appearances.

How long does the Buccaneers ship drift without a course? Do we give Koetter more time or do we hope the next guy is the coach to right the ship?