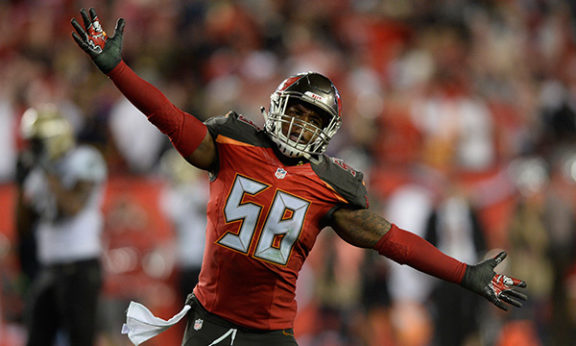 In the 2018, MLB Kwon Alexander was walking into a contract year and emerged as a leader on the defense. That all came to a screeching halt when Alexander tore his ACL week 7 in an overtime win against the Browns at home.

Since then though, it looks like he has been working tirelessly to come back from his knee injury. Posting a video on twitter showing how far he has come along just 12 weeks after his injury: 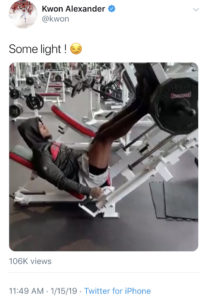 Kwon Alexander’s future of where he will be playing in 2019 is all but certain. That said, it looks like he will locked and loaded when it’s time to hit the field.