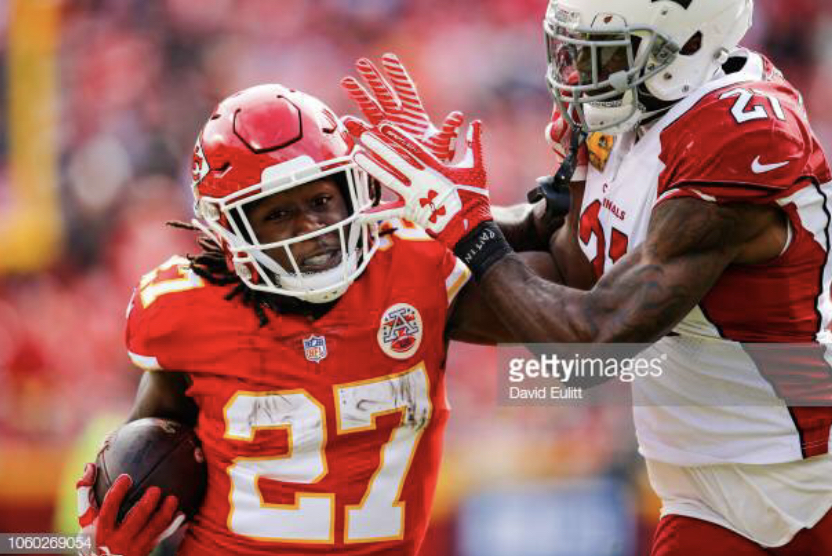 Kareem Hunt has been in the news mostly because of scandals this past season. After a video surfaced in which he kicked a woman at a hotel, he was released by the Kansas City Chiefs in November and is now a free agent on the Commissioners Exempt List.

Certainly, there is no lack of talent in his case. He was the leading rusher in the NFL with 2,151 rushing yards and 15 rushing touchdowns in 2017, and had a very good season this year before getting suspended.

According to Sports Illustrated, the ongoing investigation about Hunt regarding the kicking incident will conclude within the next two months, before the start of free agency (see article HERE). Hunt will most likely be given another suspension in addition to the five games he missed to conclude the season.

Without a doubt, many teams will be interested in filling their running back position with Hunt. However, teams have to be careful with the 23-year old running back, as the kicking incident was not the only one he has been involved in during his very short career. In addition to that, he will not come cheap.

Do the Buccaneers need a great running back? Absolutely! Yet, they should stay away from the troubled Kareem Hunt. His likely high salary will demand too much cap space, which the Bucs need to spend on other more glaring needs in order to be successful next year and in the long run. Tampa would be better served by bringing in a lower risk prospect with similar production, like Fournette from Jacksonville who more than likely be on the trade block. Furthermore, he is possibly one more off-the-field issue away from never playing in the NFL again. Needless to say, any team that brings in Hunt will be bringing in a risky prospect for sure.