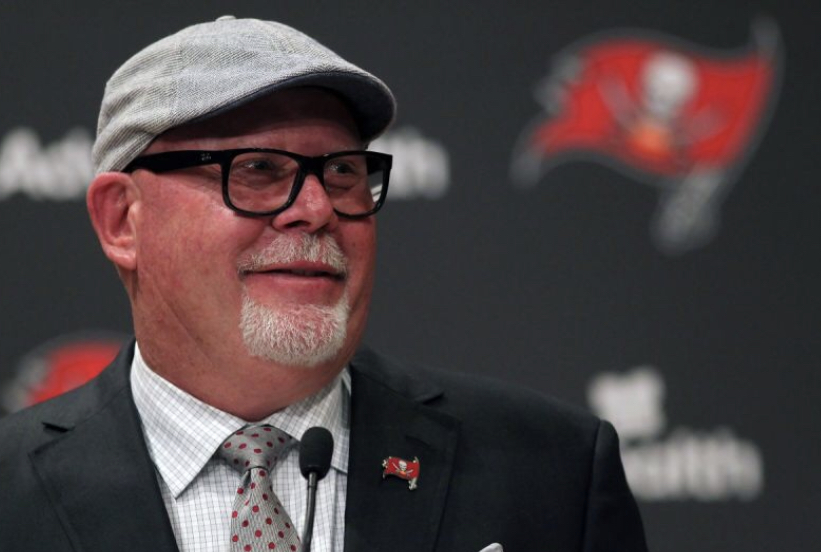 Since it was announced that Todd Bowles was to become the Buccaneers DC, the very next question was does the team have the personnel. Fans and media alike have clamored that former All-Pro DT Gerald McCoy doesn’t fit in a 3-4 defense. And as a result become trade bait.

Well HC Bruce Arians shot that notion down yesterday. Painting a different picture to the media. Via Rick Stroud of the Tampa Bay Times, Arians remarked the following,

Arians believes McCoy will fit well in the 3-4 scheme of Todd Bowles. "Gerald has played three technique his whole life and we have a three technique in our defense. And we’re penetrators. We’re not two gap. People say 3-4 they think of a two-gap (system). We’re not that at all.

This also coincides with the remarks from Arians and Bowles last month that they will play to the strengths of their personnel and will have a variety of packages.

Well count a 3-4 (non 2 gap) scheme in those packages. And what this also shows is that this coaching staff is truly trying to fit a square peg into a square hole.

The remarks by Arians yesterday also shows us that there is more going on behind the scenes of installing playbook’s and determining personnel to retain than many realize.

What does all this mean at the end of the day? It means two things. That Arians is good at knowing how to get the best out of his players and that he is ten steps ahead of everyone else.