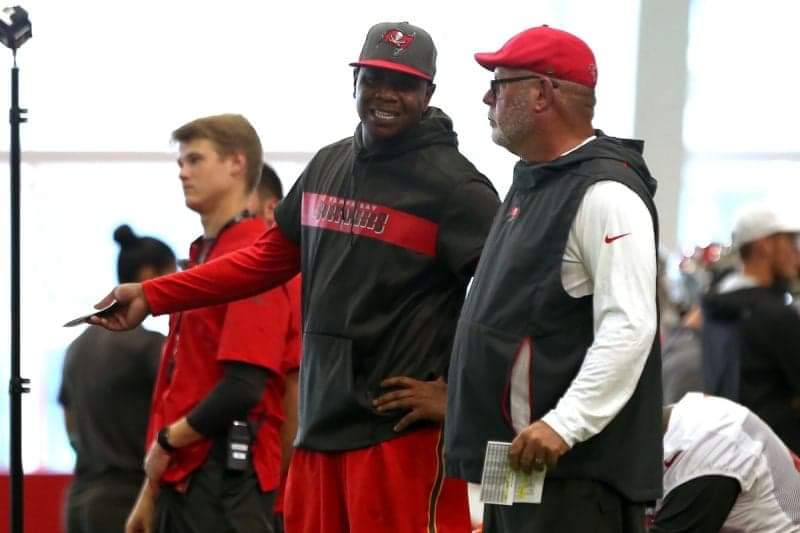 At the end of last season, I predicted 6-10 would be the best the Buccaneers would do in 2019. Then the Buccaneers hired Bruce Arians and I stuck with that prediction. Then came the Rams game and I, like most fans, got a bit giddy and I bought into maybe a 9-7 season.

Those overblown predictions are unrealistic for a team with good players starting but zero depth. Pump the brakes a bit, It’s only year one people! Yes, the losing has gone on for the majority of the last decade, but that is more about staff changes and inconsistency in development.

The offense is ok with depth, but after the second string, it’s basically a roll of the dice.

The defensive line is still a work in progress. With the veteran experience of Ndamukong Suh and Jason Pierre-Paul and the addition of Shaq Barrett to a young core of Vita Vea and Carl Nassib, the defensive line has all the ingredients.

The secondary was finally addressed in this year’s draft. Those rookies are now being thrown in the fire with only Vernon Hargreaves as a veteran voice in the backfield. Yes, Hargreaves is the “veteran leader,” but behind those rookies is nothing, zero, nada. To honestly believe that the Buccaneers are close to playoffs is wishful thinking at best. This organization has not developed its players in over a decade.

In a purely Cinderella scenario, the Bucs may make the playoffs by 2021. That would basically equal John McKay’s turnaround from 1976 to 1979. That is a historic turnaround and isn’t the norm. I seriously don’t expect a miracle of that type. First of all, we don’t know if the owners have learned yet that firing the coaching staff every 2 to 3 years is not how you build a champion.

My best-case scenario if they stay the course is playoffs by 2021, legitimate contenders by 2022. There will be ups and downs during these next few years. But if the organization can stop listening to the fans and stay the course it will work. If not, it’ll be the same ‘ol Bucs.