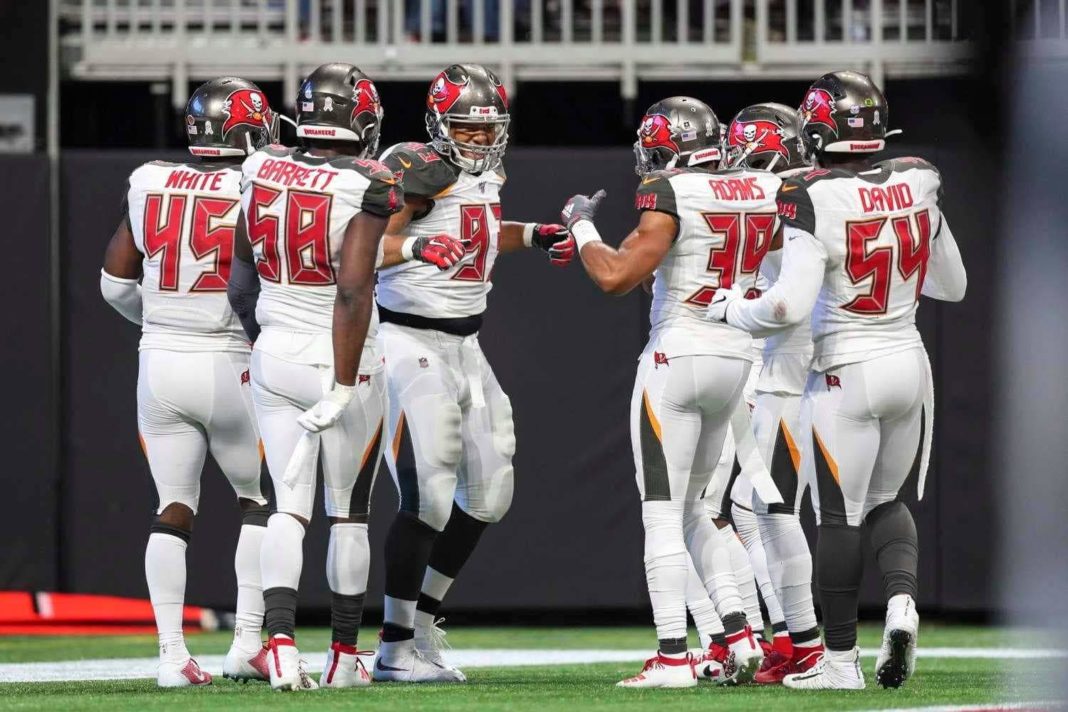 At first, it seemed the Bucs were going to be dining on gas station sandwiches. The Falcons drove easily down the field in two plays, one on a simple seam route right down the middle of the field. You could just hear the fan’s stomachs begin to rumble. Then the Bucs decided dinner time was near and held the Falcons to a field goal.

Along comes Jameis Winston and it seemed he was in the giving mood, again! You could almost hear indigestion work its way through the Buccaneers’ fanbase.

The Buccaneers scored just before the end of the first half and the flame they needed to start frying up the bird was lit. Coming back out after the half you could feel the hunger pains, you could see it in the team’s eyes. The bird was cooked, it was time to eat!

Kobayashi Would Be Proud

In particular, the defense looked especially famished. It was like the D-line was eating so much it made the secondary jealous so they joined in on the feeding frenzy. Four passes defensed that could very well have been INTs. It was like spilling the gravy on your stuffing. It wasn’t what you meant to do, but it worked out pretty well.

At one point the defense’s appetite was so strong it jumped to the other side of the table. When defensive tackle Vita Vea has to line up on offense just to quench his appetite you know he’s hungry.

Not to be outdone, Ndamukong Suh had to go and top off his plate with a defensive TD of his own. The scoop and score caused by a Jason Pierre-Paul strip-sack was like that little side of cranberry sauce, not needed but nice to have.

The Falcons were devoured and the table was cleared. The Buccaneers return to Tampa with full stomachs and a renewed confidence that when the time comes to eat they have the appetite to do so. Hopefully with less indigestion.