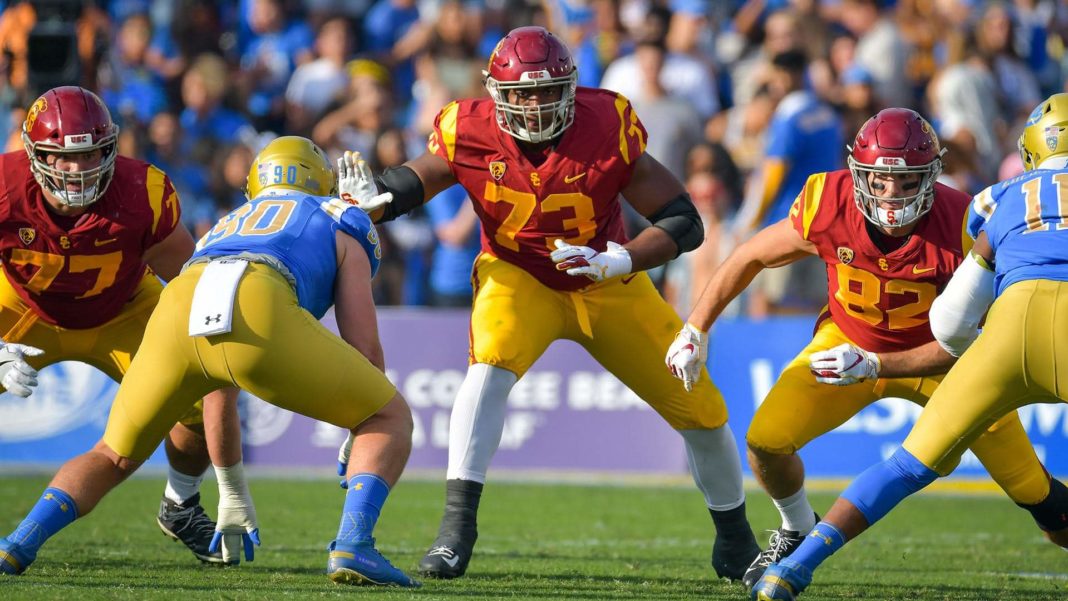 Jackson has the size you’d like to see in an offensive tackle. His long arms and hand placement are a large part of his skill set. The issues Jackson has to work on are his footwork and upper body functional strength. Because of his footwork he tends to be susceptible to counter moves by the pass rusher. Because of that I see him a late first- early second rounder. Jackson has not officially declared for the draft but is expected to in the near future.