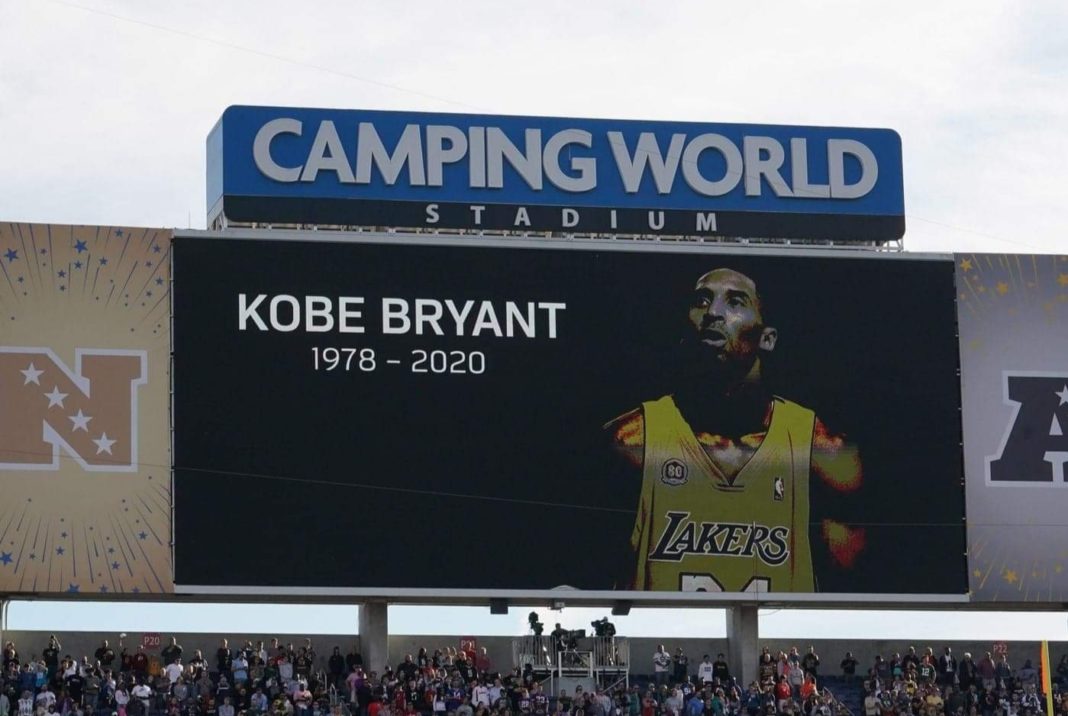 Around the start of the 2020 NFL Pro Bowl in Orlando, Florida, the PA announced the passing of Kobe Bryant, who died in a helicopter accident with his daughter Gianna in Calabasas, California on Sunday. Fans joined with NFL players, coaches, and staff upon the somber news chanting “Kobe” repeatedly out of respect for the five-time NBA world champion. I’m proud of our state of Florida.

Who Are Professional Athletes Like Kobe Bryant to Fans?

For a few minutes, we ceased to just be football or sports fans. We paid respect to one of the most inspirational figures in the world. His messages transcended the basketball courts he played as a member of the Los Angeles Lakers. He knew as a role model to the world and his family, many stood on his shoulders to be the best human beings they can no matter what walk of life they come from.

Bucs outside linebacker @ShaquilBarrett said Pete Carroll came into the locker room, after the NFC team had learned of Kobe Bryant’s passing, and said, “Go play and go play hard, because I’d he was here, that’s what he would do.” pic.twitter.com/1xH8I7vwGz

From the younger generation who became the next upcoming basketball stars to his contemporaries, Bryant provided a source of strength in their everyday lives. Fighting to be better isn’t just ingrained into one’s competitive nature. It’s also the drive to improve one’s own life and everyone else’s. It’s something NFL, NBA, NHL, MLB, and any other professional athletes do to inspire one another and their communities.

Bryant wasn’t a perfect man, but he remained a humble one. He knew he couldn’t play basketball forever, but he was also well aware of his influence in and outside of the game. He set his sights to shoot a short film documenting the love of the game in the animated short Dear Basketball and won an Academy Award in 2018. Not only an inspiration to millions, but he tried to be the best father to his four girls.

Some people might cast a shade of the man’s contributions to the world as social media invites diverse opinions. Some may say, “Why should we feel bad for someone who just played a sport? There are others who do far more who died like first responders and no one says anything?”

No one should take being a source of inspiration for granted. It can take on many forms and celebrities can’t help how they are perceived. They do what they can with the influence given to them. There are many professional athletes who give back to the communities. Those they inspire can choose how they give back to their own communities whether if it’s to become a professional athlete or first responder.

For many, Bryant was that inspirational and beloved figure, who connected to many on a personal level. A wife lost her husband and daughter. Her daughters lost a father and a sister. These are difficult times. Some things are just bigger than the game. Life is precious. Hug your loved ones. You never know if the next time will be your last.

DLT’s Doubloons – The Eulogy of the 2021 Buccaneers

Three Reasons the Buccaneers Will Beat the Rams