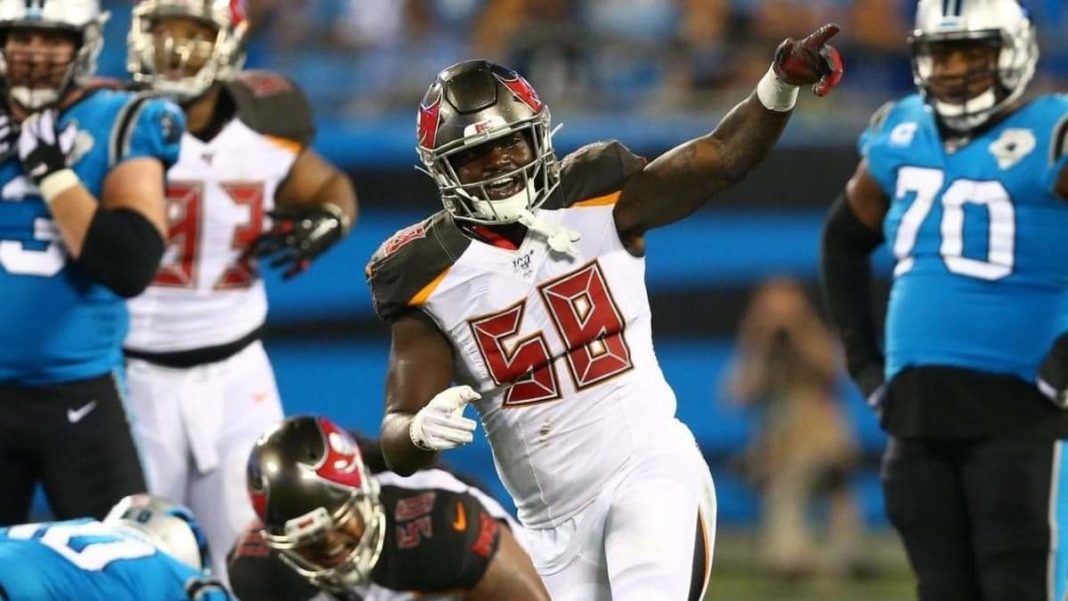 One of the highlights for Buccaneer fans during this Saturday night’s NFL Honors will be a chance to see Shaq Barrett. This will be the second week in a row for an appearance for the outstanding outside linebacker. He also played in last weeks Pro Bowl in Orlando. This week, the 2019 NFL sack leader will receive the Deacon Jones award. This award is given each year to the NFL leader in sacks.

Lock Him Up Now

Barrett is a free agent after completing the 2019 season on a one year free agent contract. The Buccaneer brass are no doubt huddled somewhere in the bunker at One Buc Place. Hard at work on a contract for the 6th year veteran out of Colorado State. Going into this off season the Buccaneers have some cap room to work with. Signing the sack leader should be a priority.

The Gangs All Here

So the whole gang is in Miami. The 49ers are led by John Lynch. Who also could have some extra news to share on Saturday. The quarterback killer himself, Warren Sapp is there. Having held the Buccaneers record for most sacks in a season since 2000 at 16.5. And Shaq Barrett is all up there. Leading the NFL, and breaking Sapp’s record this season with a phenomenal 19.5.

The great Deacon Jones specialized in quarterback sacks. A term he actually coined. Nicknamed the “secretary of defense”, Jones is considered one of the greatest defensive players ever.

To win the Deacon Jones Award is to have led the NFL in sacks during the regular season. For Buccaneer fans it was more about Barrett passing Warren Sapp and breaking a record that stood since 2000. Leading the NFL in sacks is great. To have your name mentioned in the same breath as Warren Sapp. In Tampa Bay? Is legendary.

Congratulations to Shaq Barrett on receiving the Deacon Jones award for the 2019 season. Now how about going for another in 2020?