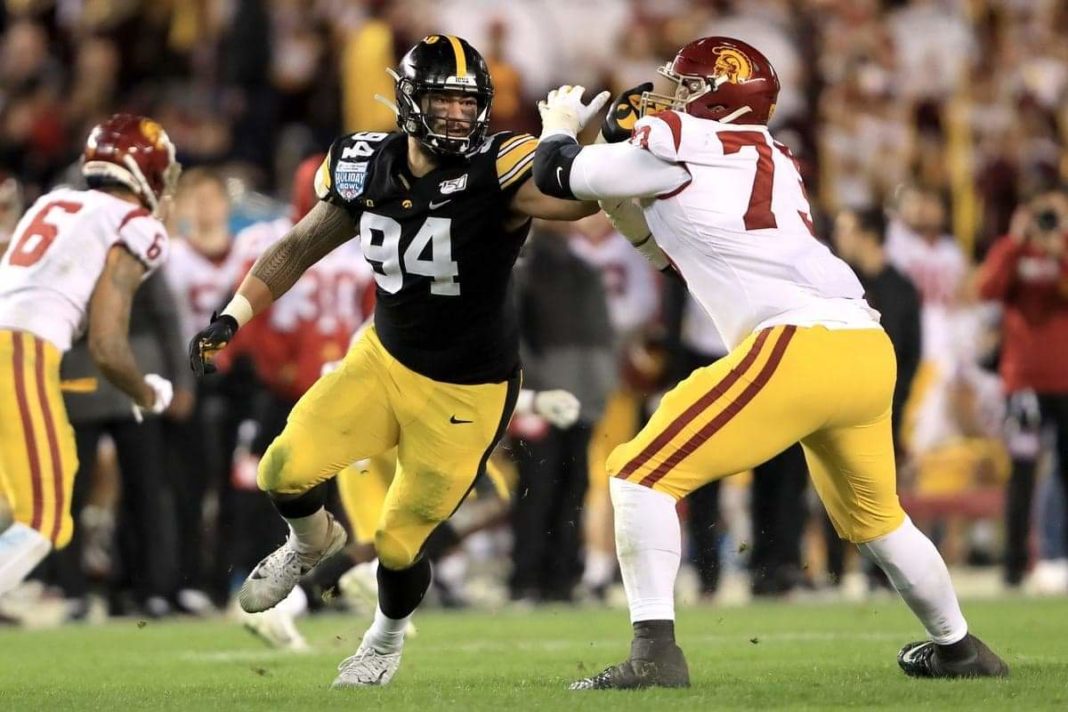 Three position groups down, only eight to go! In this article I will be outlining my offensive tackle rankings. This is one of the more interesting positional groups for the Buccaneers this year, as right tackle is a big need going into 2020. Lets jump right in.

Jedrick Wills is the most pro-ready offensive lineman in this draft. He doesn’t need to fix technique issues like many other players, and thrives in pass sets. I really don’t see a weakness in his game, other than maybe playing right tackle instead of left.

Mekhi Becton is an absolute monster. Weighing almost 370 pounds, he can go up against even the most powerful defensive tackles in run plays. He moves incredible fast for his size, and can punch away speedy edge rushers on the outside. Becton can sometimes get lazy with hand placement, but make no mistake, Becton is an elite option who will get drafted in the top 10.

Andrew Thomas seems to be the forgotten man after the combine. Mekhi Becton and Tristan Wirfs put on an absolute show, but the combine is only one piece of the puzzle. Thomas is an elite left tackle who possesses incredible power at the point of attack. He can sometimes get lazy with his feet, but it can be easily corrected.

Over the last month, I have really struggled to evaluate Tristan Wirfs. He has incredible games where he looks like the best player on the field, and than others where he seems to throw technique out the window. He still rounds out the “big four” but I think he might translate to guard in the NFL given his size. Wirfs is still a top option with incredible power, but he is lacking a bit in vertical passing sets

At one point, analysts had Josh Jones going to the Buccaneers at number 14. That is a bit high for me, but I wouldn’t mind a trade down to pick 20-25 for Jones. He is incredibly athletic but is still a bit to raw to be a day one starter. He has an incredibly high ceiling if he can hone his technique, but it still needs to be seen.

At one point in the pre-draft process, I had Lucas Niang at my number five offensive tackle. But after watching the film and talking to other analysts, I had to knock him down a few slots due to injury concerns. A hip injury is no joke, and it showed when watching the tape. Niang still has incredible upside given his athleticism, but he needs to refine some technique issues with his feetas well.

Austin Jackson is another high upside tackle that needs to hone his technique. His footwork and hand placement need adjustments, but he has the athleticism to stop edge rushers and interior defensive lineman. His mobility translates best to a zone rushing scheme, but I still think he can be successful in other systems.

Prince Tega Wanogho comes in at number eight. He should translate well to left tackle in the NFL, I just have concerns with technique issues, similar to other guys in this area. Tega Wanogho has not been playing the game for long, so with solid coaching, he can be molded into a fantastic player.

Ben Bartch had a solid senior bowl, which helped boost his draft stock. He is the opposite of most of the prospects on this list, as he possesses solid technique, but needs to add more weight to his frame for strength purposes. Jason Licht loves small school guys, so we will see if he is on the Buccaneers radar.

Ezra Cleveland is a solid developmental offensive tackle who should be drafted on day three. He has great flexibility to counter edge rushers, but his technique is still very raw. I wouldn’t expect him to make an impact year one, but he can be developed into a solid starter down the line.

Bucs Report Staff - January 21, 2021
0
When the Buccaneers traded for tight end Rob Gronkowski a lot of eyebrows were raised. The questions came fast and strong, can he still...

Bucs Report Staff - January 21, 2021
0
The Tampa Bay Buccaneers are gearing up for this Sunday's NFC Championship game against the Packers in Green Bay. Earlier in the week the...

Tom Chang - January 21, 2021
0
The Tampa Bay Buccaneers stepped up when it mattered the most against their rival New Orleans Saints at the NFC Divisional Round 30-20. One...
Load more