Bucs Report
Home Players And Rumors KWOOON!! Alexander up for Rookie of the WEEK 8 !!

Buccaneers rookie linebacker Kwon Alexander had one of the most electrifying game performances this season. The loss of his brother fueled the Mighty Genghis Kwon as he conquered every square inch of the Falcons known world.  Kwon displayed a complete lack of willingness to subserviate to Julio Jones, Matt Ryan or any of the Atlanta Falcons offensive players. With 11 tackles and a strip on Julio Jones, the interception of Matt Ryan turned the tides of the battle. The Buccaneers were looking for this kind of player at linebacker, Since the retiring of Derrick Brooks, and it seems they have found it.

INCASE YOU MISSED THE LINK THE FIRST TIME:  Click to Vote KWON!!! 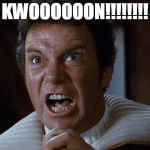