Enter the “Bearded Warrior”, Joe Hawley, who was signed back in September, has done everything right in the place of the injured, veteran Evan Smith. Joe Hawley had a couple of miscues, but since has played consistent football.

“The Tampa Bay Buccaneers have officially benched Evan Smith for Joe Hawley, as the latter is now listed as the starting center on the latest depth chart. Hawley has started the past five games at center, the last two with Smith healthy so this was mostly an administrative move, but it’s still noteworthy.” – Reported by Sander Philipse 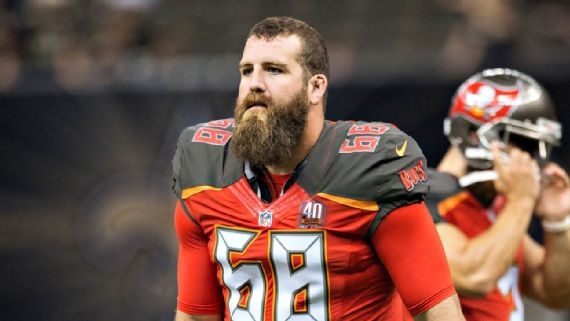