Mike Evans has been taking a lot of heat for dropping passes and has been dubbed, “Butterfingers” and “Second-Season Bust”. But the fact remains, Mike Evans stands out as just as good of a wide receiver as anyone else. He still has 54 receptions for 850 yards, he is averaging 77 yards a game and has 177 yards after the catch. Maybe after yesterday’s game-winning touchdown, Mike will find some forgiveness in the hearts of hating fans.

“Jameis Winston is quickly building an impressive NFL resume and helping the Tampa Bay Buccaneers become relevant again. The No. 1 overall pick in this year’s draft led the third game-winning drive of his career Sunday, using his arm and — surprise — his legs to beat the reeling Atlanta Falcons 23-19 and keep the surging Bucs in the middle of the race for a NFC playoff berth.”  “Our guys kind of refused to lose,” coach Lovie Smith said. With Winston leading the way, the Bucs believe anything is possible with four games remaining in the season. “As we see it, the playoffs started and we feel like we have to win out,” Smith said. “There’s no doubt in that locker room We believe we can do it.” -Reported by Fred Goodall

More on this can be found here: Winston’s Late TD Pass Lifts Buccaneers Over Falcons 23-19 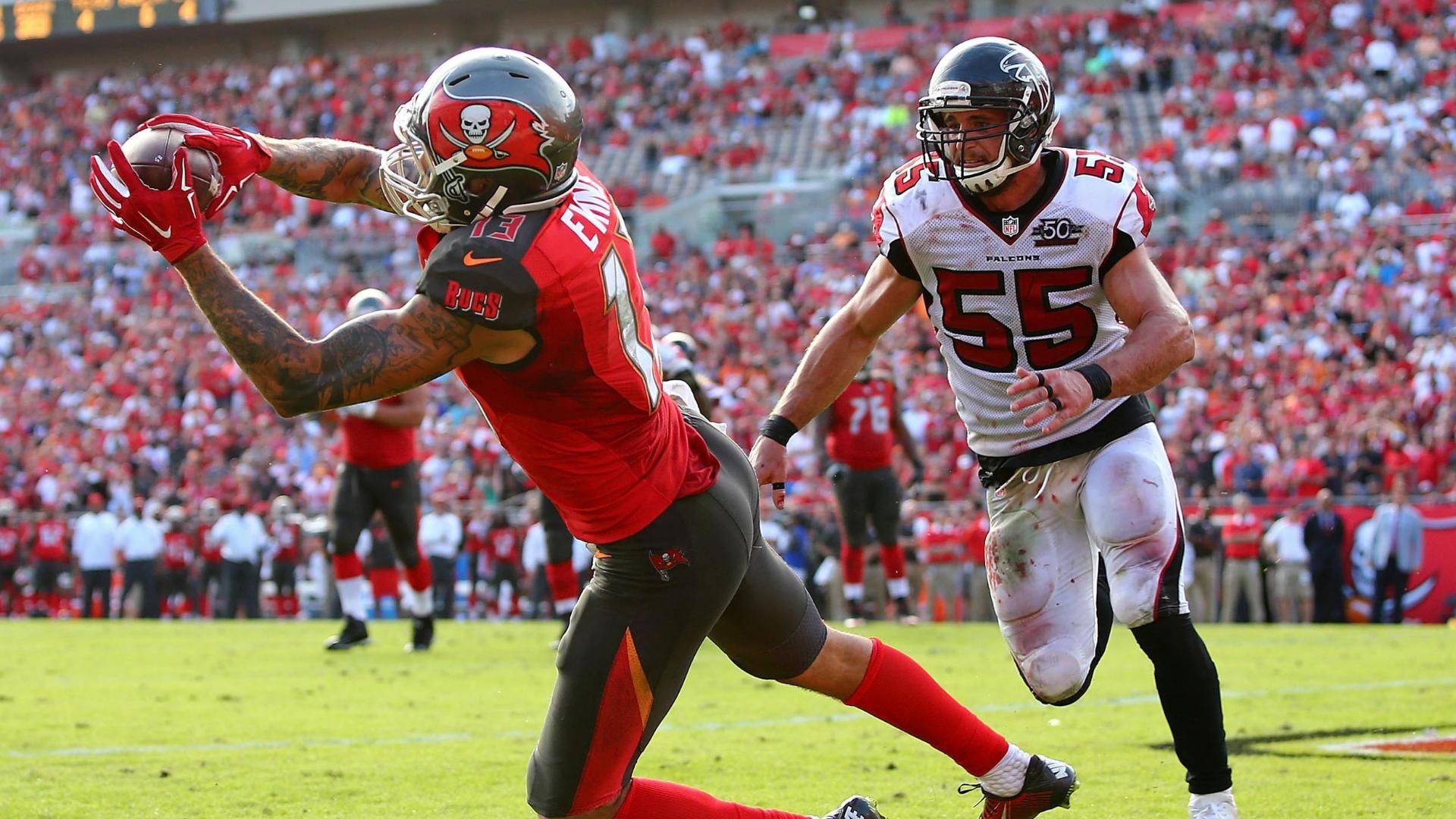