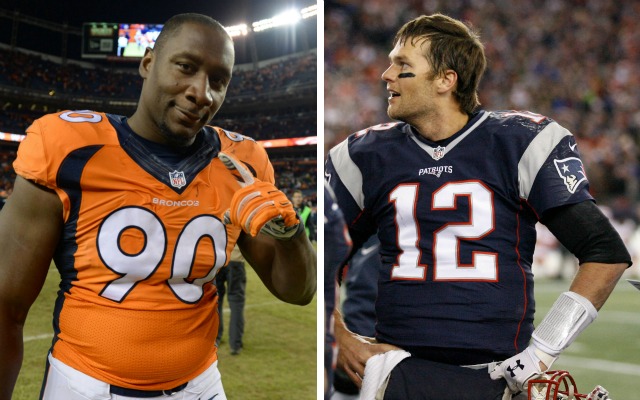 Well, someone called it like they saw it and do you blame them? Yes, Tom Brady is one of the best QB’s, if not the best, QB to play the game. So I guess a little whining is allowed.

“Tom Brady and the Patriots have another quote to put on the bulletin board as the team prepares to face the Denver Broncos on Sunday. This subtle jab comes thanks to Broncos defensive lineman Antonio Smith.” When asked if Brady is a crybaby, Smith replied: “That would be an accurate statement. I’ve never seen any quarterback look to the referee right after he gets sacked more than Brady,” the defensive lineman said, per the Colorado Springs Gazette. “Every time he gets sacked he looks at the ref like, ‘You see him sack me? Was that supposed to happen? He did it a little hard. Please throw a 15-yard penalty on him. Get him fined.'”– Reported by Tyler Dragon

More on this here: Antonio Smith: Tom Brady a crybaby about getting hit