Peyton Manning wasn’t pretty, but the Broncos defense sure was. The Broncos defense sacked Cam Newton repeatedly and forced a fumble or two. One of those fumbles was recovered for the first touchdown of the game and set the tempo for what would be a defensive nightmare for Cam Newton, who was left in a state of shock, and confusion. 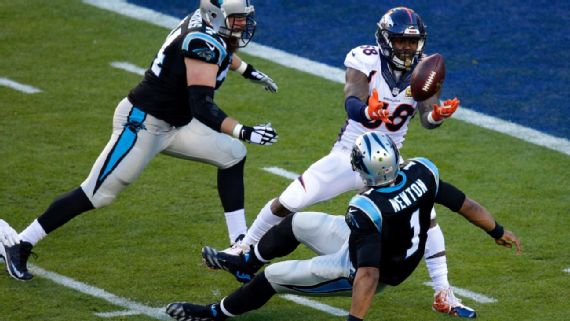 “Von Miller and the rest of the NFL’s rowdiest wrecking crew capped off a remarkable postseason run and Peyton Manning did just enough as the opportunistic Denver Broncos beat the Carolina Panthers at their own game in Super Bowl 50 on Sunday night. A pro-Denver crowd roared in delight at Levi’s Stadium, where the Broncos sprung a 24-10 upset, ending Carolina’s dream season. Instead, the duel between No. 1 seeds proved to be a nightmare matchup for league MVP Cam Newton, who was hounded relentlessly by Miller and DeMarcus Ware off the edges.”– Reported by Ira Kaufman