Bucs Report
Home Around The NFL The Bad News Bills 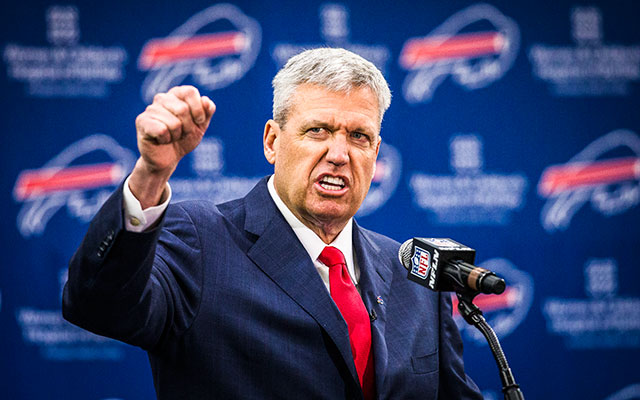 Bad news continues in Buffalo. Following the news that Shaq Lawson’s shoulder would require surgery, WR Sammy Watkins is reported to have broken his foot and will also need surgery. To make matters even worse, Bills running back Dri Archer has been placed on the did-not-report list. Archer is the running back that played for the Pittsburg Steelers that Buffalo recently claimed off waivers. Archer isn’t returning Rex Ryan’s calls, or anyone else’s for that matter.

Coach Ryan seems at a loss, as to what the issue is, and is looking for any information he can find. “I never even talked to the kid, so we’ll see what happens. He won’t return a call. Is it him not wanting to be a Bill, or is it something else? I don’t know, but I guess there’s a reason Pittsburgh let him go. But, when you find something out, let us know, because I’ve never even talked to him.”

However, Ryan isn’t worried too much about the Archer situation and is focused more on team preparations, and the recovery of his star WR, but he has faith in his star. “The kid loves to work, this isn’t a china doll situation. The china doll deal is for someone else. All I know is when he’s healthy, you can’t cover him, it’s as simple as that. No cornerback in the league can cover him, and you can quote me on that, and I’ve got video proof of it. The best of the best can’t cover him. Has he missed a little time? Yeah. Big deal. He and everyone else. The Beckham kid came out the same year, and he missed how many games with a hamstring issue? Believe me, I was trying to trade for him when he had the hamstring. I was reading the papers, and I was like, ‘Well, hell, we’ll take him.’ But Sammy’s not even going to miss any time. He’s going to be ready to roll when it matters.”

Coach Ryan also takes the blame for the Shaq Lawson situation, but he also stands by his decision to draft him. Shaq Lawson was drafted to bring back a spark to the Bills pass rush that hasn’t been seen in quite some time. Heck! last year, they produced a franchise record low of 21 sacks, this season, that should all change. Rex Ryan believes he has the best group of defensive tackles in the league and notes that Kyle Williams only played in five games last season, that if he’s healthy, “Watch out.” Along with Marcell Dareus, Shaq Lawson, and Jerry Hughes, Rex Ryan is confident that his defensive line will be one to look out for, in the 2016 season.