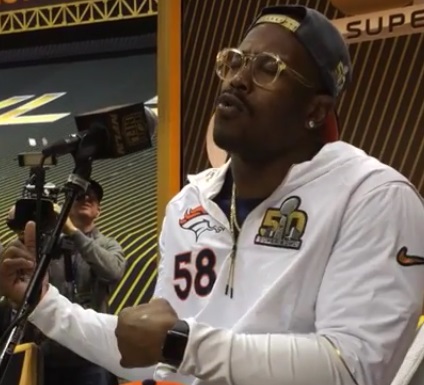 According to sources, outside linebacker Von Miller has turned down Denver Broncos six-year, $114.5 million offer that included $39.8 million in guaranteed money over the next two years. Miller is holding out to be the highest paid defensive player in the National Football League, and he has good reason too. Ndamukong Suh’s deal of $114.3 million is lower than the Broncos offer, however, Suh’s guaranteed money of $60 million is a lot higher, and so is Justin Houston’s $52 million in guarantees. As of now, talks between Miller and the Broncos are at a stand still, but they have until the 15th of July to work out a long-term deal that Miller would accept. But until then, the monies offered is lower than what other top players are receiving, and Miller is willing to skip the season to prove his point. Good luck Denver.