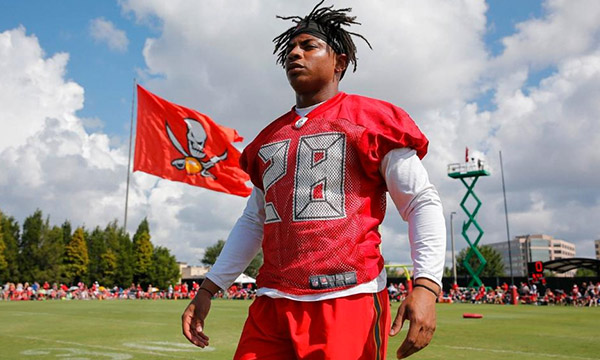 Vernon Hargreaves III has shown the Buccaneers that he is not going to be a wasted pick. Dirk Koetter believes he will play and most believe he will likely be a starter. “He’s going to play. The guy has made plays every single day. Vernon is the football player we thought when we drafted him. He’s going to play. It will all fall in place. We’re very confident Vernon can either play inside in the nickel or outside.” 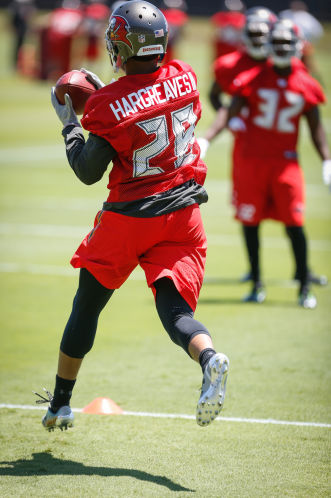 Hargreaves continued to knock down passes and intercept footballs in practice. As it’s been going in practice, Grimes and Verner have been starting cornerbacks but Hargreaves has been coming in against three wide offenses. Hargreaves feels comfortable with how he is being used in the defense and is confident that he will continue to make plays. 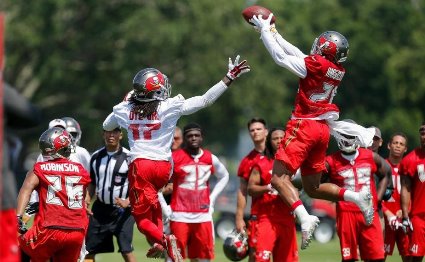 “That’s what football is  making plays. When an opportunity comes my way  I’ve got to be ready.”

“For the most part, I’ve been ready this minicamp. I’m fairly comfortable. Not all the way comfortable because I’m used to playing outside. It’s a new position. There’s new techniques and things I need to learn. It’s a learning process, but I’m enjoying it. The closer you are to the ball, the more times you can touch the ball. So I’m happy about moving inside, of course.”

As Hargreaves continues to play alongside the veterans Grimes and Verner, he will continue to learn from them and he will continue to grow. Some have already put him in a position to fill some very large shoes, with thier comparisons of him to Ronde Barber. I see the potential in the young man, but he has a long way to go before he can even tie the shoes of Ronde Barber, let alone wear them.