Bucs Report
Home Players And Rumors Aguayo booed by a few but supported by many. 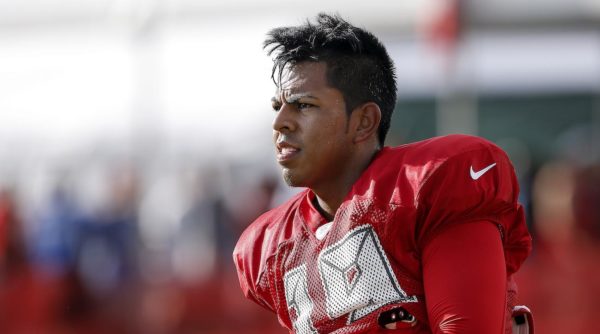 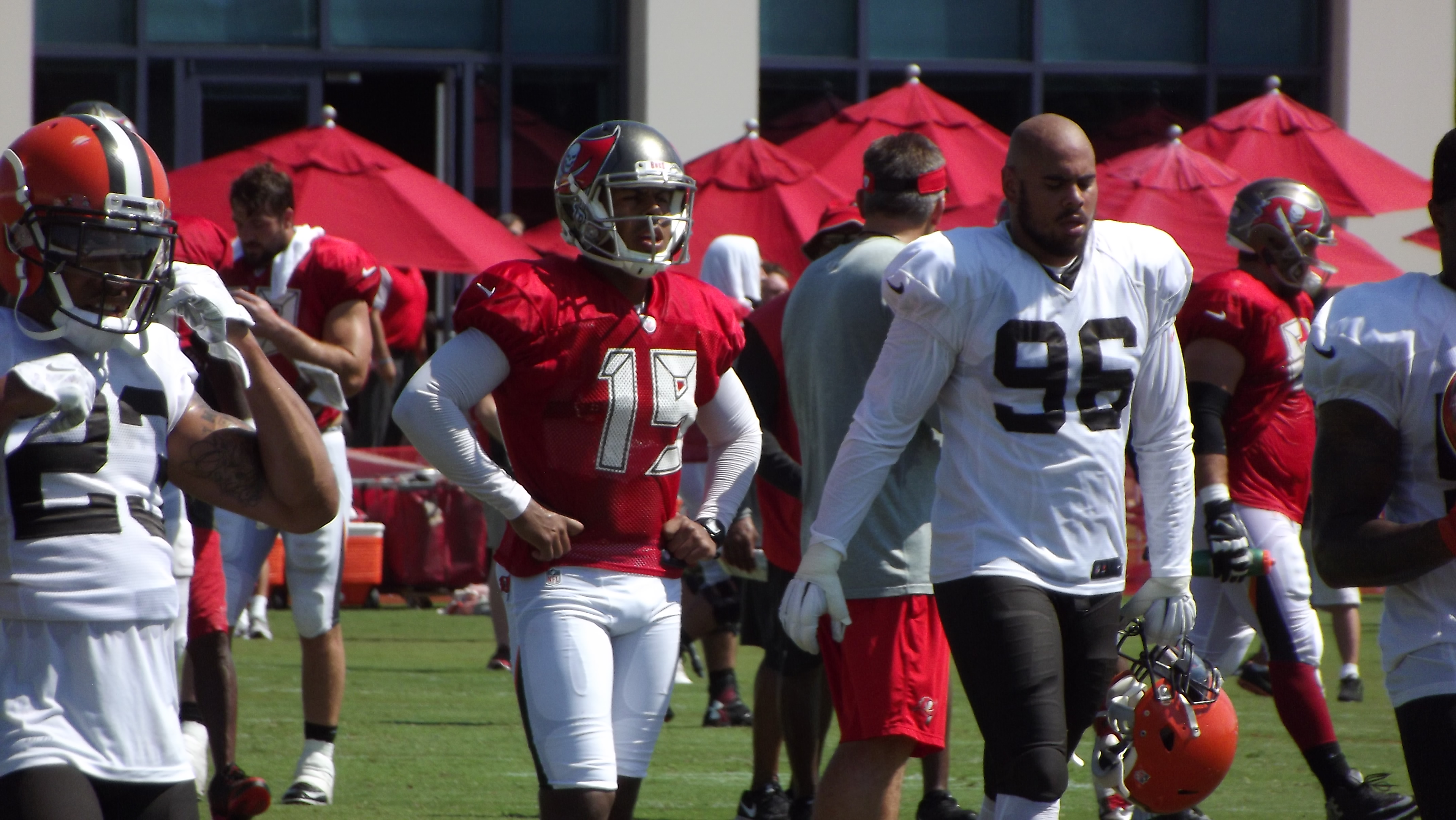 During Tuesday’s joint practice the struggles continued as he missed more kicks. Missing kicks in practice is not something Bucs fans want to see or hear, nor is it something the Buccaneers and Aguayo wish to see happening. Regardless of the missed kicks, the Buccaneers are supporting Aguayo and are confident that things will turn around. At least, all parties involved are hopeful.

Headlines streaked across the internet stating that Aguayo was booed and heckled by fans, which he was, by a few fans, however, the majority of fans were supportive of their rookie kicker. The fact that a handful of fans booed the rookie during practice, should not lead others to believe that the Bucs or their fanbase, as a whole, have given up on Aguayo. That is simply untrue. As a matter of fact, after practice on Tuesday, a large number of fans stood in line for the chance to meet Aguayo, get autographs and show their support for their rookie kicker. 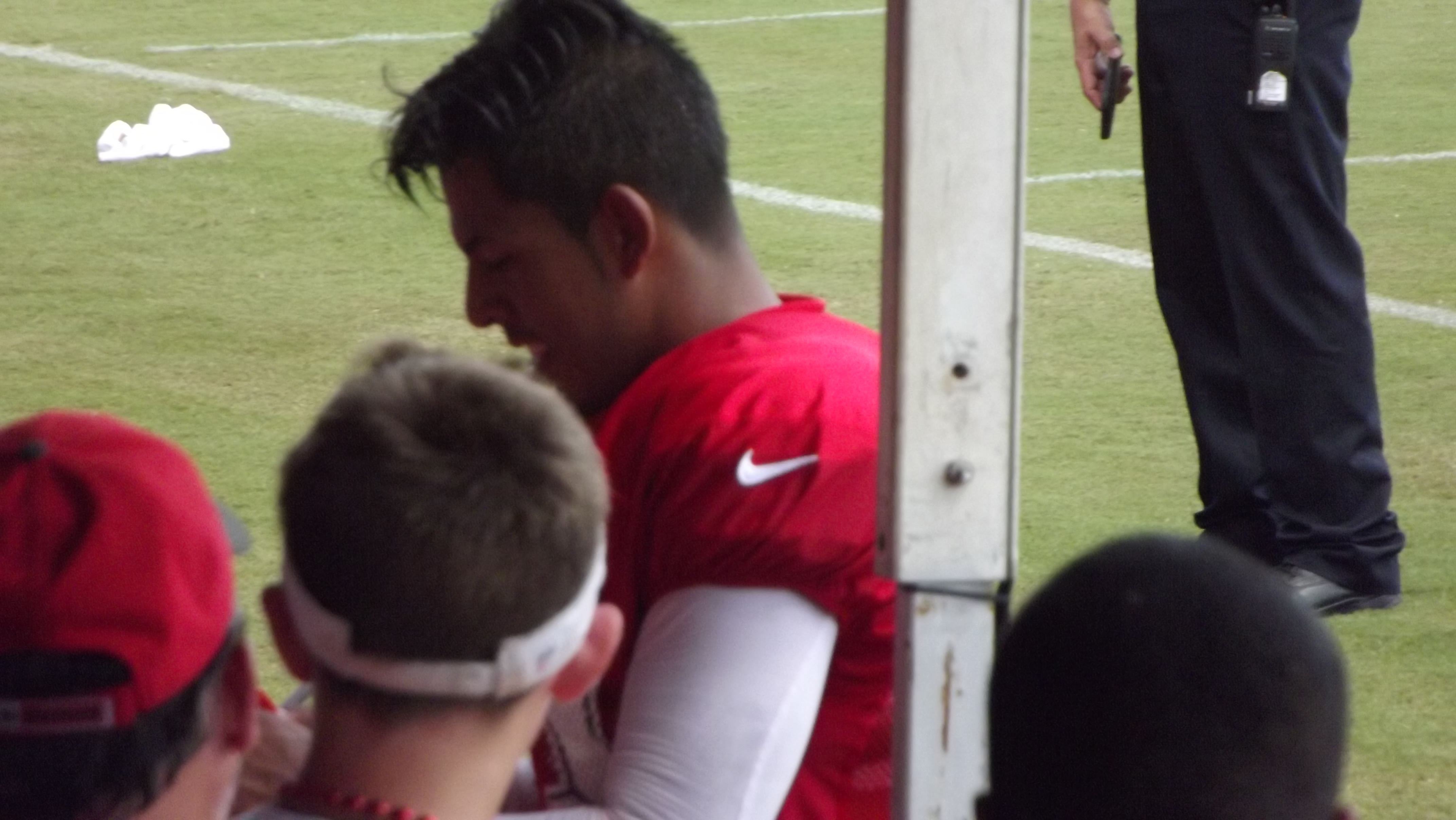 Listening to the peanut gallery on Tuesday enlightened me to the idea that the five or six fans, out of the hundreds that showed up, do not share the same feelings toward Aguayo and that booing him was generally believed to be wrong and some even stated low class. Most wish the kicker well and are hopeful that he finds an exit out of this slump he is in. Quite a few fans are in the belief that it is better to miss kicks when they don’t count, and understand the pressure that is weighing down on the young man.

Many also brought up Kyle Brindza, citing the fact that he was perfect in the preseason, but missed a bunch of easy kicks during the regular season, they do not believe this will be the case for Aguayo at all.

Another of the many overheard statements was the fact that Janikowski missed a ton of kicks his rookie season as well, and that he turned out to be a great kicker. Could very well be another possible scenario for our rookie, but all men are not cut from the same cloth, so it’s difficult to gauge where our kicker will end up. The talent is there, it has always been there, and if he cannot come out of the slump he is in, he could be replaced until he overcomes his current issues. Aguayo will not be cut that is the most unlikely scenario out there.

The fact that he was perfect within 40 yards during his entire college career and the fact that Tampa traded up to get him, placed such high expectations for Aguayo, that some fans and media cannot accept anything less than near perfection out of the rookie. And yes he has just one job, and kickers are paid to make kicks, but kickers are people too, and shit happens. Booing someone during a slump may help some players but like said, not all men are cut from the same cloth, so sometimes that type of reaction isn’t helpful. So stop it. If it was a collective belief that he was a bust the whole crowd would have booed Aguayo, like they did the Browns when they crossed to the west side of the practice field, that is a general consensus that all can agree on.

The team is showing their rookie kicker support, the organization is doing so as well, most fans are also in that support group, so don’t let a few bad apples deter you from showing your support. Support helps, booing does not. If Aguayo does not find his way out of this slump, all is not lost, Bucs will likely bring in another kicker until Aguayo figures it out. I personally do not think it will come to that point and have faith that Roberto Aguayo will turn it around in time for the regular season, and help us win many football games.