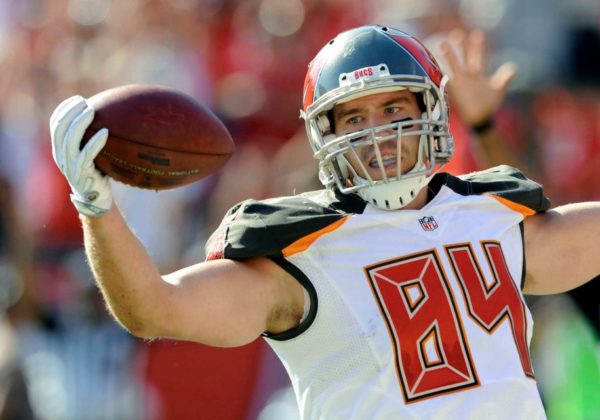 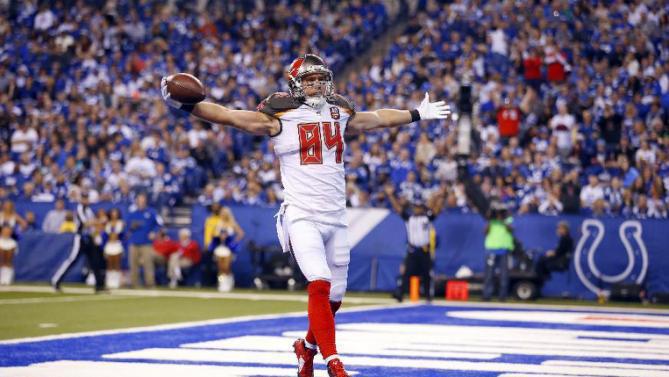 Until recently, not many people knew the name “Cameron Brate”. It’s quite possible in fact that some Bucs fans didn’t even know who he was. Before this season started, Austin Seferian-Jenkins was supposed to be the future of the Bucs at the tight end position. A mixture of injuries and off-field problems quickly put an end to that notion and he was send packing back in September.

All eyes then turned to Brate who had just 23 catches for 288 yards and 3 touchdowns last season. He has already exceeded all 3 of those categories with 7 games still left to go. He’s in a 4-way tie for most touchdowns by a tight end with 5, ranked 13th in receptions with 35, and tied for 16th in yards with 375.

His dependability and his chemistry with Jameis Winston keep increasing each week. Last week against the Bears, he set a career high in receptions and yards, catching 7 passes for 84 yards as well as scoring his 5th touchdown. That made it his 3rd straight game with a touchdown reception. If he keeps up the hard work like he has so far, it seems like this young rising star has nowhere to go but to keep going up.