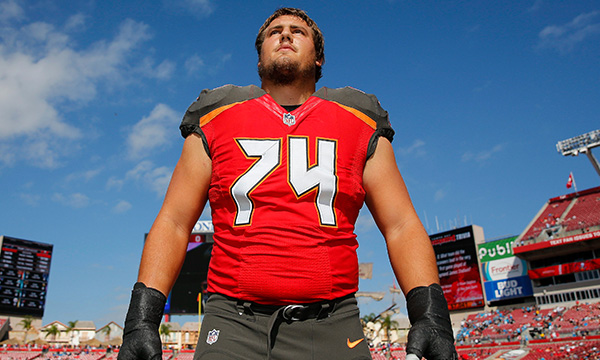 Moving Marpet to center during offseason practice was just going to be an experiment to see how things would work out; However, recently Bucs head coach Dirk Koetter stated that RG Ali Marpet is expected to move to center permanently.

Marpet has turned out to be everything the Bucs expected and more. Last season he was ranked 13th among all NFL guards and given a PFF grade of 84.5.

The young man out of Hobart ranked 18th in pass blocking and scored a 96.9 rating and the big man only allowed roughly 26 pressure on 640 some odd passing plays.

last season he was ranked fifth in run blocking out of all guards and was given a solid rating of 84.4 In his second season, he took on the second most snaps of all NFL guards with over 1,100.

This man is a beast!