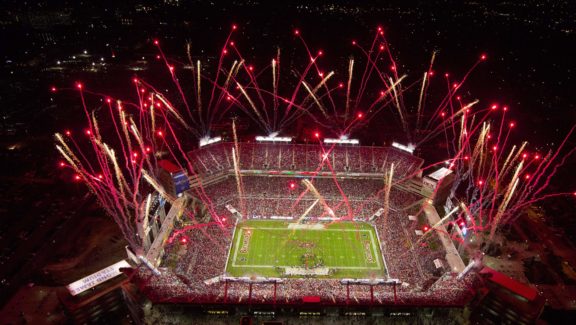 Okay, where is my Jim Mora meme at? Because I am about to talk about the Buccaneers and a possible playoff berth.

Far-fetched as it seems, the Bucs are still alive in the playoff hunt. The win against the 49ers, which is meaningless besides earning them a checkmark in the W column, and a much-needed win against the Panthers place Tampa in a unique spot to sneak into the playoffs.

Oddsmakers gave the Buccaneers a less than 1% chance of making it to the postseason, but that percentage is slowly rising. In fact, the Buccaneers could skate right up into second place in the NFC South.

If Tampa wins out, they have a better than 50% chance of making it to a wildcard. But one loss, and it’s pretty much a wrap.

Bucs are currently the 10th seed, and despite a win out, the Pewter Pirates will need a few teams to lose in order for them to get in. But that is possible. The Redskins just lost Colt McCoy for the season. The Panthers just fired their DL coach and Secondary coach, and we beat the Eagles. Vikings could lose 2. it’s pretty much that easy, but Far-fetched.

As much of a long shot as it is, there is a legitimate chance Tampa gets a wildcard spot and a postseason for the first time since 2007.