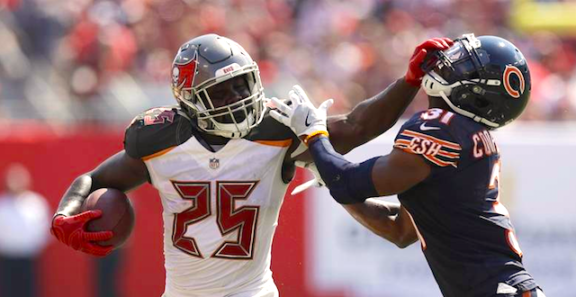 2018 has been a productive year for Peyton Barber. He was drafted in 2016, where he spent a little time on the practice squad before being promoted to the active roster. The third year running back has definitely shown this season that he is a vital asset to the team. He’s had 202 carries so far, 50 of which were acquired in the first four games of the season. To top it off, Barber is just 238 yards shy of his first 1,000-yard season. To put that in perspective, he only had 163 carries and only gained 646 yards in 2016 and 2017 combined, making this a breakout season for him.

Win or lose, Barber has proven to be one of the more consistent players on the team this season.