It’s officially here, the off-season of the NFL. Every year, off-season after off-season NFL fans have been accustomed to the exile of football for six months. Yes there is free agency, the draft, and even training camp, but no actual games of football will be played for half a year. For those who aren’t big fans of other sports these 6 months, it is a bland time in the sports world. Thanks to a start-up league called the Alliance of American Football, with the unofficial support of the NFL, you don’t have to go without football after the Super Bowl.

Now this isn’t some areana style football league filled with players and coaches who could never make it in the pro’s. It’s riddled with respectable names like Steve Spurrier, Michael Vick, Troy Polamalu running the league and riddled with players with NFL experience. This league also gives players just on the cusp of making it in the pro’s on opportunity to develop and shine with hopes of transitioning to the NFL. In short, make no mistake this league will be competitive quality football by the looks of it.

On February 9th this new league will kickoff on CBS, and will debut 8 teams split between the East and West conferences. Speaking of kickoffs, here is a list of some unique aspects of the Alliance:

There’s good news for Bucs fans too, as one of the eight AAF teams will be based out of Orlando called the Apollos. So over these next coming weeks Bucs fans, and Bucs scouts evaluating talent, will need to only take a short drive to get in a little extra football this winter & spring. On a side note, and this may be a bit of a hometown bias, but I think the Apollos win the coolest uniforms of the AAF by far. I mean look at these threads. 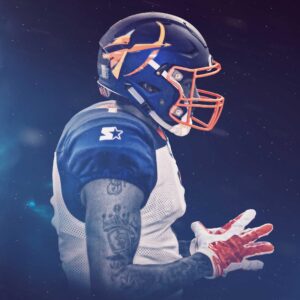 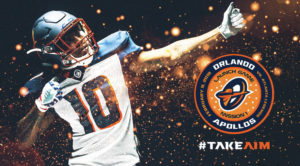 Week 1 will be at home in Orlando on February 9th to start the season vs the Atlanta Legends. So you still have time to get tickets to this weekends opener. Until then check out the AAF’s latest promotional video.